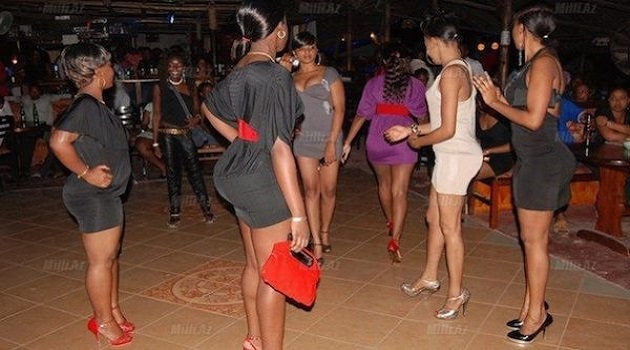 The Municipal Chief Executive for New Juaben South, Isaac Appau Gyasi, has ordered for the demolishing of a notorious brothel in the Eastern Regional Capital, Koforidua.

Bula Spot,a popular spot which also rents out space for social events has been turned into a brothel where small rooms have been constructed for the illicit sexual activities.

BestNewsGH.com’s Eastern Regional Correspondent, Ebenezer Tawiah reports that Scores of Commercial sex Workers from across the country lodge at the brothel to offer sex for cash.

The activities of the Commercial Sex Workers in the facility sometimes involving young girls have become a source of worry to residents in the Municipality.

The Municipal Chief Executive, Isaac Appau Gyasi together with the Municipal Security Council (MUSEC) after assessment of the situation recommended the demolishing of the auxiliary facilities being used as brothel within 14 days.

Prostitution including child prostitution had seen an upward trend at an alarming rate some few years ago in the region and the Municipality in particular.

The Regional Child Protection Committee formed under the Ministry of Gender, Children and Social Protection has over the years chalked some successes in reducing the menace which was becoming alarming.

In 2016, the Committee closed down two brothels where Commercial sex workers including children operated.