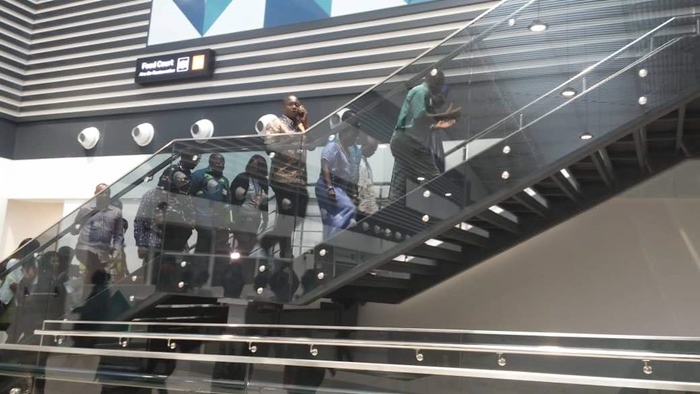 Aviation minister, Joseph Kofi Ada has paid a working visit to the Kotoka international Airport to familiarize himself with operations at the airport.

His tour took him to the newly constructed terminal three which is awaiting official commissioning later next month October by president Nana Addo Dankwa Akufo Addo.

The Minister was among few ministers of state who were affected by president Akuffo Addo’s first ministerial reshuffle. He was swapped with madam Cecilia Abena Dapaah who is now sector minister for water and sanitation.

The Minister was accompanied on the visit by his and officials of the Ministry and was conducted round the facility by the Managing Director of the Ghana Airports Company Limited, John Dekyem Attafuah