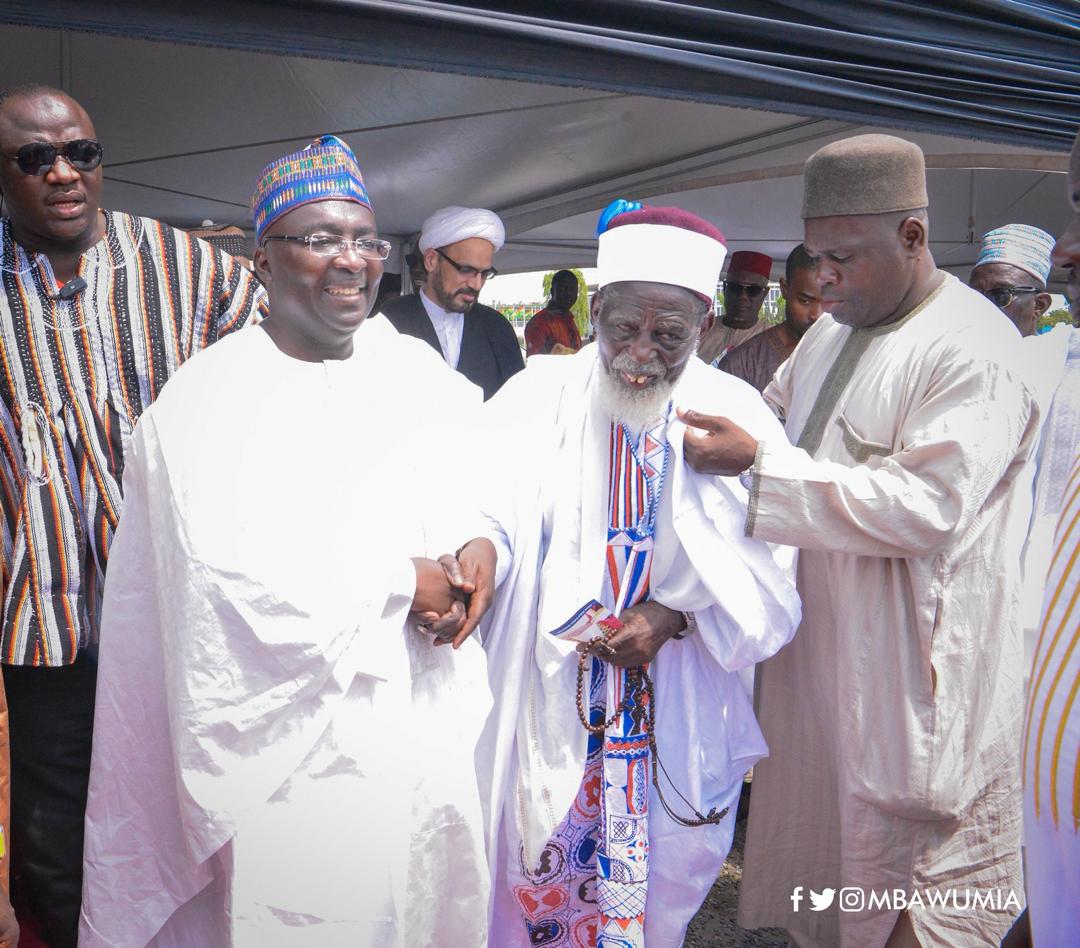 The opposition National Democratic Congress (NDC) seems peeved with the ruling New Patriotic Party (NPP) and the National Chief Imam his eminence Sheikh Osman Nuhu Sharubutu for what they say is a deliberate attempt by the NPP to drag the revered chief imam into politics.

Their anger emanates from the embroidery colours used on the attire of the Chief Imam when he joined the Vice President, Dr Mahamudu Bawumia and other top officials to observe the final funeral rites (Adua) for one of Ghana’s foremost educationists, Alhaji Rahim Gbadamosi over the weekend at the forecourt of the state house.

Some of the NDC commentators took to social media, Facebook, particularly to voice their displeasure.

One of such is a former Deputy Minister of Trade and Industry under the erstwhile John Dramani Mahama administration, Ibrahim Murtala Muhammed. 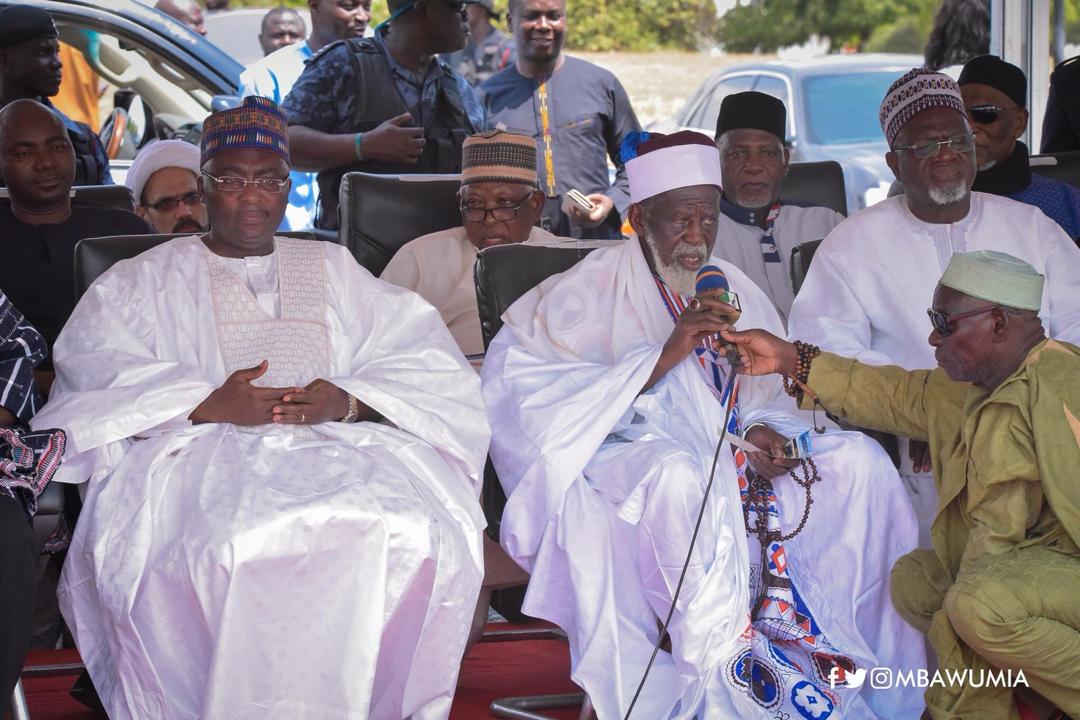 He wrote “watch the embroidery work on the Chief Imam’s cloth and you realize how low and pathetic the NPP guys around the Chief Imam can be. They are desperately and shamelessly trying to draw the highly revered Chief Imam into their pathetic politicking”

He continued “They should be ashamed of themselves. I can’t believe that any sane person in his or her rightful mind will even fathom a thing like this”

He concluded by insulting the people around the Chief Imam, saying this; “To put it bluntly, those dudes need PSYCHIATRIC ATTENTION”

What the NDC former MP did not take into consideration was the fact that his comments are suggestive of the fact that the Chief Imam is gullible and can, therefore, not reason for himself and allows himself to be controlled by the so-called NPP people surrounding him.

But perhaps, sensing danger, he has since pulled down the post from his wall. 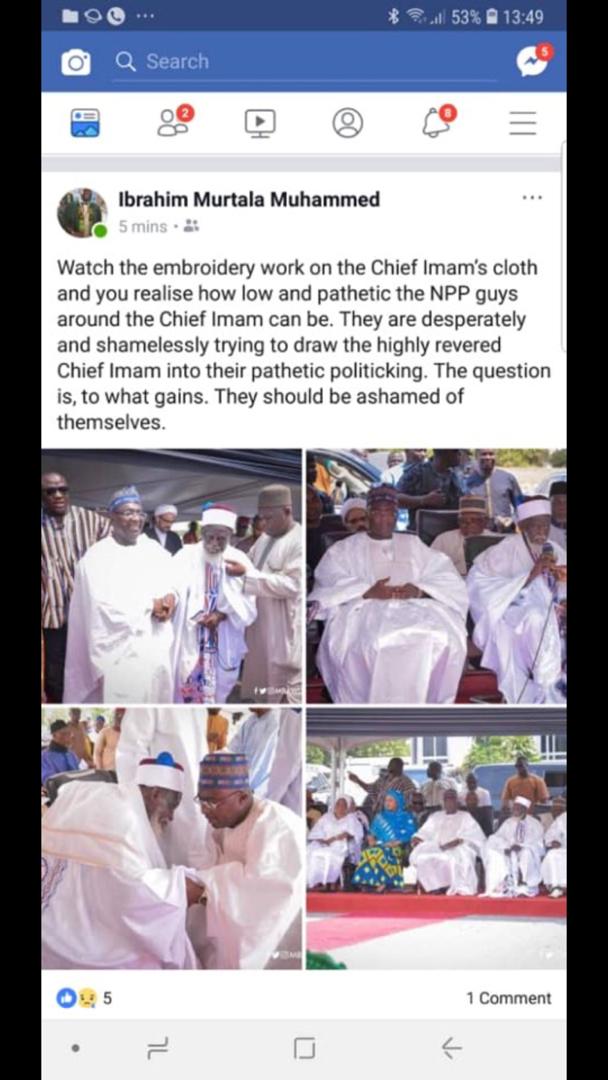