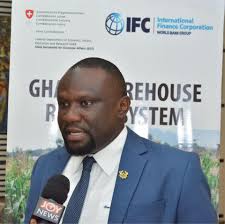 Mr. Genfi averred that the situation was so bad that, the suppliers had besieged the premises of the company, demanding their payments, and went further to dare the host of  Eko sii sen on Asempa Fm, Osei Bonsu popular known as OB to send a reporter to the company’s premises to ascertain the truth or otherwise of his claim.

But barely before he finished his submission, the Chief Executive Officer of the Company Hanan Abdul Wahad called into the programme and blatantly rebutted Mr. Genfi’s claims.

According to him, there was no supplier at the company’s premises at the time and that the company had made 80 percent of payments due the suppliers.

‘’I want to put on record that from December till date we have paid over 100 million cedis to suppliers. The latest one was just last week when we paid the 5th batch of those who supply under the Buffer Stock company second cycle institutions and that was 19.6 million Ghana cedis. So it is not true that suppliers are stranded or picketing the Buffer Stock Company’’ he said.

According to him, most suppliers that visited the company at the time the payments were being made were readily served and they expressed joy at the prompt payment by the current New Patriotic Party Government.

‘’I can say on authority that all the invoices submitted to Buffer Stock by our suppliers have all been paid and we are still in the semester and the semester hasn’t ended yet’’ he added.