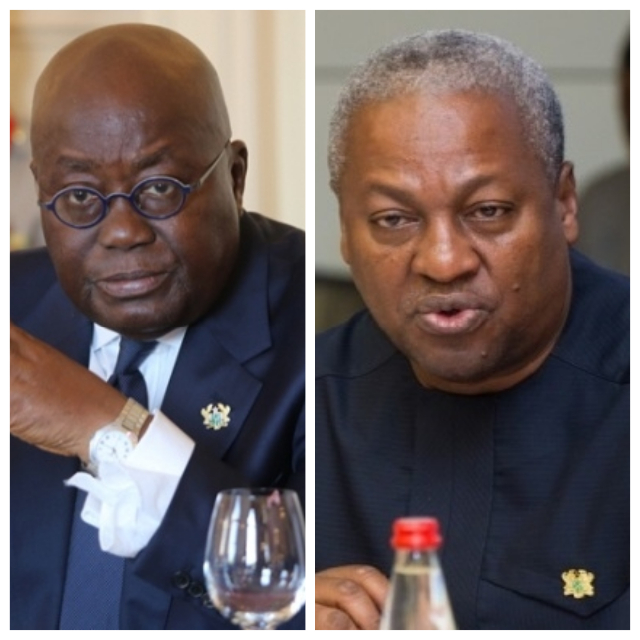 Results from a research conducted by the Political Science Department of the University of Ghana, have shown that President Nana Akufo-Addo will beat former president John Dramani Mahama hands down should elections be held today.

Per the results presented by Head of Political Science Department, Dr. Maame Gyekye-Jandoh, on Wednesday, President Akufo-Addo would have led the poll with 49.3% with John Mahama trailing behind with 33.3%.

She said the elections might head for a run-off since although Akufo-Addo may have taken the lead, he may not be able to cross the 50 percent plus one mark to be retained as president.

“These responses indicate simply and unsurprisingly that the two major parties are still the most preferred among voters, and secondly, that there might be another contest between President Akufo-Addo and former President Mahama during the 2020 elections,” she added.