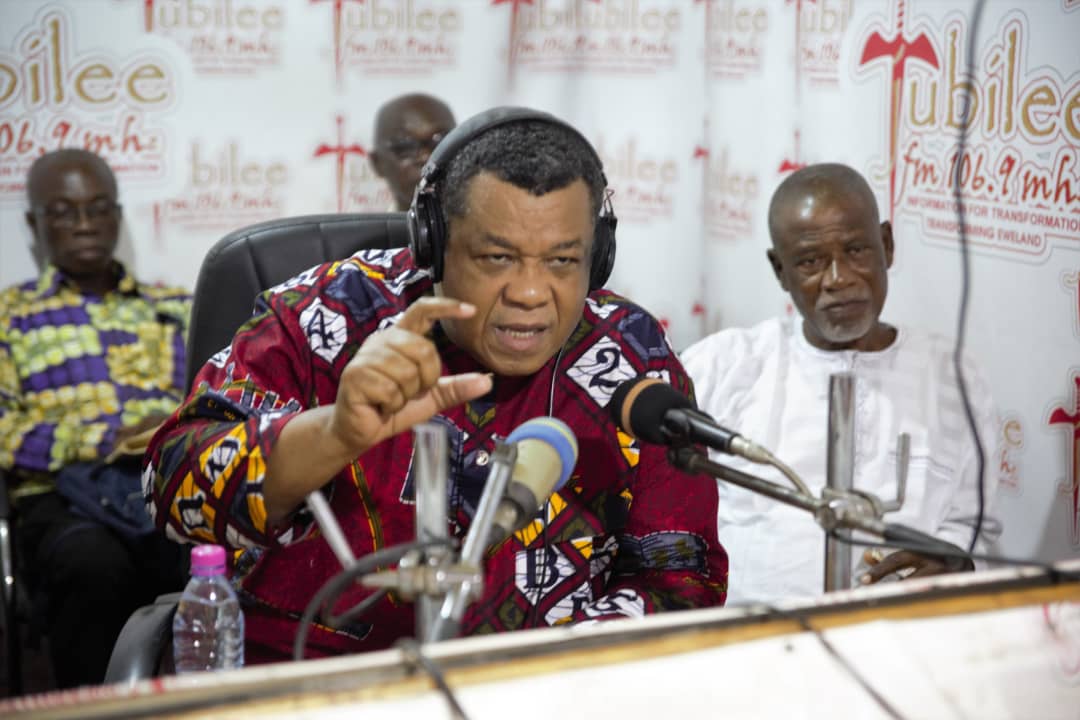 A presidential hopeful of the opposition National Democratic Congress (NDC) Augustus Goosie Tanoh has likened his previous divorce from the NDC party to a sacrificial lamb for the empowerment of the party’s grassroots and the “atonement of the sins” of the party at the time.

According to Mr. Goosie Tanoh, he broke away from the NDC party because the social democratic party veered off its core values of probity, accountability and social justice.

Speaking to hundreds of delegates at Ketu South in the Volta region, the former aide to former president Jerry John Rawlings said practices in the party then, did not consider the inputs and views of the grassroots of the party, citing instances where the constituencies had elected parliamentary candidates only to have the bureaucratic centre of the party veto that election and appoint a replacement candidate.

These practices, he intimates, had become a source of gradual buildup of stress and anger.

He said his departure and subsequent return to the party brought some level of restoration which saw some amendments in the constitution of the party that now enables branch executives of the party to participate in the selection of a presidential candidate for the party.

“In those days when the power became concentrated at the top and constituencies would elect executives and parliamentary candidates and it would be cancelled at the top, you remember”, he asked, “meaning those at the bottom had no power or authority and we, being faithful to the party constitution and grassroot of the party said we cannot wait, the people must have a voice” Mr. Tanoh said.

He denied he abandoned the party at the time he was needed most insisting that he “did not commit any crime” but only wanted the party to be faithful to its founding principles.

He continued “when the reform party was fighting, it was fighting for you because accountability, social justice and development required that grassroots were involved so the reform movement was a sacrificial lamb for the NDC today”.

A sacrificial lamb is a metaphorical reference to a person or animal sacrificed for the common good.

The term is derived from the traditions of Abrahamic religion in the Holy Bible where a lamb is a highly valued possession, but is offered to God as a sacrifice for the forgiveness of Sin.

So in effect Mr. Tanoh told the delegates that, his breakaway from the party restored some level of moral high grounds the party then drifted away from.

Mr. Goosie Tanoh was the leader of the National Reform Party, a breakaway group from the National Democratic Congress between 1999 and 2007 and represented this party in the 2000 presidential election, where he came third with 1.1% of the national vote.

He returned to the National Democratic Congress with his colleagues from the National Reform Party at the behest and upon several appeals made by the late President John Evans Atta Mills in 2007/2008.