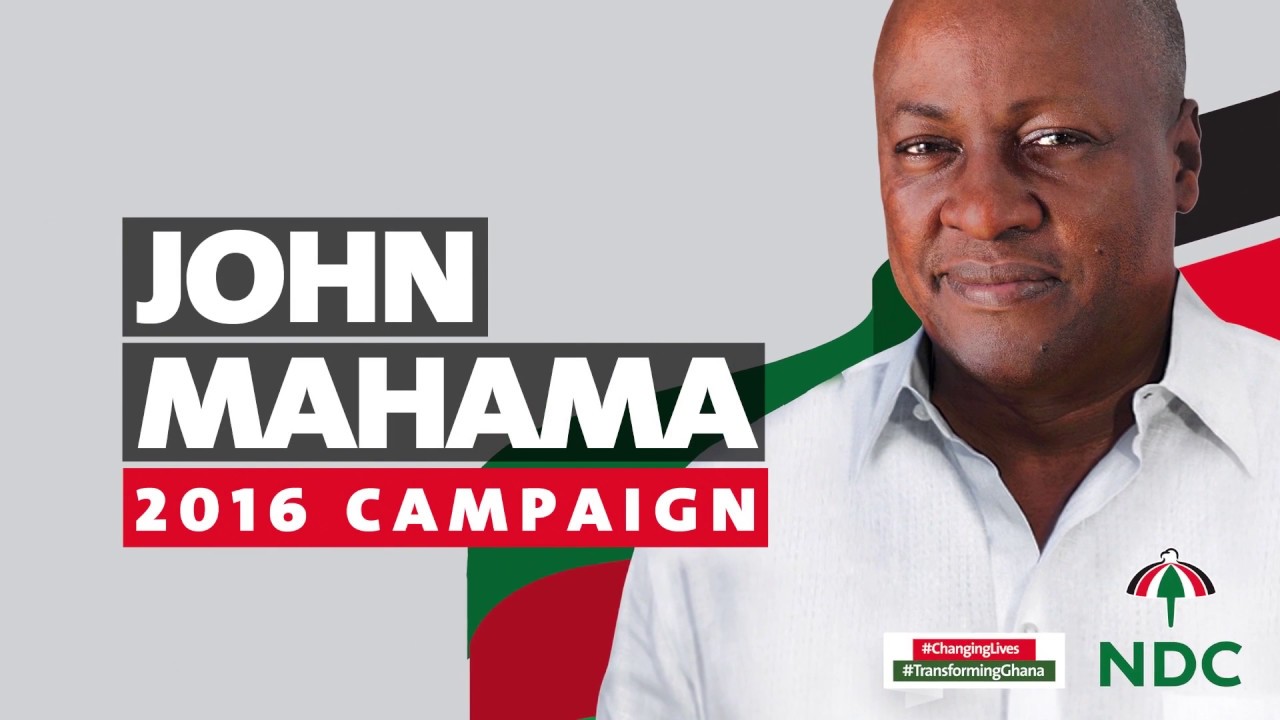 National organizer of the ruling New Patriotic Party, Sammi Awuku has indicated that former president John Dramani Mahama and the National Democratic Congress (NDC) are still confused about what caused their defeat in the 2016 elections.

According to him, Mr. Mahama himself has made several contradictory statements regarding why he lost the last election, including the fact that he was riding on a lame horse and that God allowed the NDC to lose the election so that Ghanaians will measure their performance and that of the ruling New Patriotic Party (NPP).

‘’ The NDC is yet to come to terms with why the lost the 2016 elections. Mr. Mahama on an occasion said the horse was lame, people disagree and they think the jockey was incompetent, not the horse, because it was this same horse that brought him to power in 2012’’ he averred.

According to Mr. Awuku the mere fact that Mr. Mahama has about 12 of his own appointees contesting him means he has been an absolute failure saying ‘’ we can only wish the NDC luck in the 2020 elections but we can’t wish them success. The reason is clear and that is that, I cannot wish them success at our expense’’ he said.

According to him, the mere fact that some leading members of the NDC including Ambassador Victor Gbeho, Nii Amasa Namoale, Aban Bagbin and Mr. Ken Dzirasah have openly berated Mr. Mahama and explicitly voiced their opposition to his candidature lays credence to the fact that Mr. Mahama was the cause of the party’s defeat in the last elections.

‘’You have Mr. Mahama on the other hand saying my horse was lame and he goes further to say that ‘we lost the elections because it was rigged, then in another instance he said God wanted us to lose so Ghanaians can appreciate what we did and so when you have the main candidate in the election who doesn’t even understand why he lost and blaming his opponents outside the party, but you see people who served with him blaming him for their defeat is a very serious matter’’ he said.

Mr. Awuku went further to quote from the Kwesi Botwey report parts of which attributed the NDC’s defeat to the fact that the image of the NDC was not credible to voters and that the party had lost its ethical values.

Unlike the NDC he opined, the NPP post 2008 where it lost the elections, hinged it’s come-back strategy on the 3 R’s (reflect, rebuild and recapture) which is the kind of sober reflection Mr. Mahama and the NDC should be doing.

‘’So we cannot compare apples to oranges just because they are all fruits. This is because in 2007 when the NPP had 17 aspirants, the sitting president was not part of the contest and there was no ex-president as part of the contest so we had an exiting president so the stage was set for the party to compete to elect our best foot forward. In the case of Mr. Mahama it’s different. People he appointed are saying that look we feel that he was the main guy who was incompetent so we can contest him’’ he said

Mr. Awuku said it was important for the NDC to revisit the Kwesi Botwey report as it outlined the key reasons why the NDC lost the 2016 elections, in order to take away the seeming confusion that seems to have rocked Mr. Mahama and the entire party.