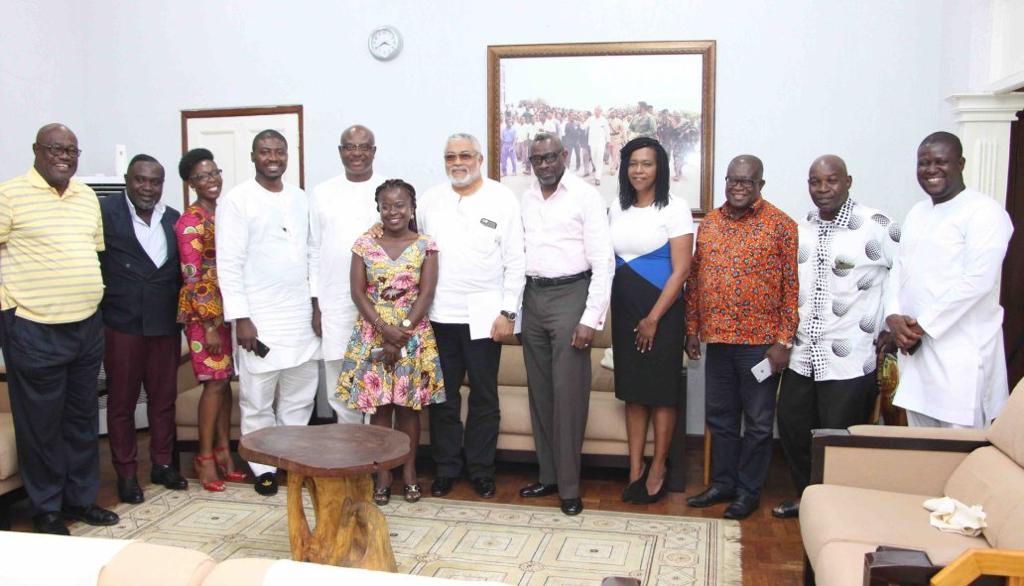 Former Kumasi Mayor, Kojo Bonsu who announced his intension to contest the party’s presidential primaries seems to be making giant strides in the contest.

This is because he has received the tacit endorsement of former information Minister and Member of Parliament Fritz Baffour and the former Eastern Regional Minister Antwi Boasiako Sekyere.

Not only has Mr. Bonsu received the endorsement by the two former minister under the erstwhile John Dramani Mahama administration, he has also gotten the endorsement the founder of the National Democratic Congress (NDC), former president Jerry John Rawlings who said it was refreshing to have Mr. Kojo Bonsu an Akan, join the race, a subtle form of endorsement.

Messrs. Fritz Baffour and Antwi Boasiako Sekyere were part of the delegation that accompanied Mr. Kojo Bonsu last Friday to officially inform the party founder, Mr. Rawlings about his intention to contest the party’s presidential primaries.

Just yesterday, Mr. Kojo Bonsu submitted his letter of intent to contest the position to the General Secretary of the party.

His entry into the race as taken many including party faithful by surprise as he is a known John Mahama confidant.

Speculation is rife that Mr. Bonsu is peeved because he feels the former president had betrayed him by excluding him from the list of members of his campaign team.