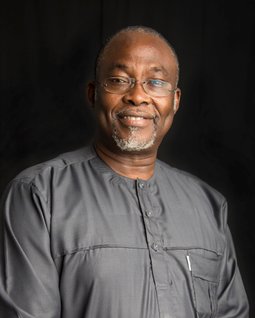 Opposition National Democratic Congress (NDC) presidential candidate aspirant, Dr. Ekwow Spio-Garbrah has touted his credentials as the only one in the NDC presidential race imbued with the acumen to rebrand the party and make it attractive for the purpose of recapturing political power in the 2020 elections.

According to him, the NDC as it stands now needs serious re-branding to make it attractive in order to attract the majority of voters in the country during the next elections.

In his estimation there is need for a complete overhaul of the NDC including a change in its anthem, slogans and other key important areas that makes a political party attractive.

‘’For example we need to change the NDC song and compose something that is sensible and will resonate with the people, so that when they sing along, they will understand that indeed we have done something good for this country. Now the name and image of the NDC has been bruised and is synonymous with corruption and some say we are incompetent. Whether these are true or not, we have done a lot of good things for this country and we need to tout that. That is why it is key to effectively rebrand the party’’ he said on an Accra based radio station and monitored by BestNewsGH.com

The former trade and industry minister in the erstwhile NDC administration says he has done a lot of branding works for the country and is in a better position to do same for the party in order to return it to political power.

‘’In my interactions with delegates, I show them my 7 point agenda. Some people have declared themselves as presidential candidates for over a year now, but they haven’t brought any programme to show the delegates, what they will do when they are given the mandate to lead the party. I am telling them that after 16 years in power, it is unacceptable not to have party offices in all the constituencies across the country and that is something I am looking at doing if they elect me’’ he said.

According to him, he will also ensure the creation of national, regional and constituency business development offices across the country for the purpose of empowering the party people in those areas economically.