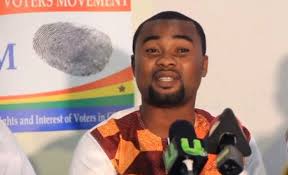 Lies, hypocrisy, inconsistency and half-baked truths are the main characteristics of the 143-paged so-called People’s Manifesto of the opposition National Democratic Congress (NDC). Naturally, it is expected that this 143-page document would be a social contract between the National Democratic Congress (NDC) and Ghanaians, giving millions of Ghanaian citizens aspirations to develop their God given potential regardless of their social, economic and political background.

But a critical examination of the so-called People’s Manifesto depicts a complete departure of reality. The NDC document rather devised means of exploiting the ignorance of sections of unsuspecting Ghanaians.

Again, the so-called People’s Manifesto depicts a different picture of what the social democrats are aspiring for. It rather focuses on championing an agenda of winning the 2020 general elections through lies and half-baked truths based on selective and exploitative programmes and policies.

The Concerned Voters Movement (CVM) therefore deems it necessary to expose some of these ill-intentioned programmes and policies captured in the NDC document.

Under Social Housing of the NDC Manifesto in page 94, the party’s Presidential candidate, John Dramani Mahama promises that “The next NDC Government will, over a four (4) year period roll out an aggressive social housing plan to deliver a minimum of twenty thousand (20,000) low-income houses in all 260 Metropolis, Municipalities and Districts.

Among other promises under social housing, Mr. John Dramani Mahama also pledges that “The next NDC Government will work to end the crisis of access and cost of securing affordable land for residential or business purposes.”

We, the members of the Concerned Voters Movement (CVM) want to know; if the NDC Presidential candidate, John Dramani Mahama, meant well to address the housing problems in this country, why was Mr. Mahama and the entire NDC People’s Manifesto silent on the Saglemi Affordable Housing project which the NDC government started in 2012 but remains uncompleted?

The 5000-housing unit facility, which was started by the Mahama administration in 2012, is seated on a 300-acre land with one to three-bedroom apartments for low-income earners. The flagship housing project of the NDC,  Ghanaians were told, was designed to reduce the country’s massive housing deficit. But what is the end result today?

Facts backed by documents show that the 5000 Saglemi Housing project units was scaled down twice yet the contract sum of $200 million remained unchanged. The project was altered without recourse to Parliament from 5000 units to 1502 and reduced again to 1,024 units. But the $200 million earmarked for the 5000 housing units remained the same.

This is one of classic examples of how the NDC Presidential candidate, John Dramani Mahama and the NDC administration milked our dear country by cutting back on the number of housing units Ghanaians should have received from this project.  Fellow Ghanaians, this is why Mr. John Dramani Mahama and the NDC dishonestly refused to mention or capture in the so-called People’s Manifesto, any aspect of their flagship housing project.

We, members of the Concerned Voters Movement (CVM) will continue to expose some of these corrupt deals of Mr. John Dramani Mahama and NDC.