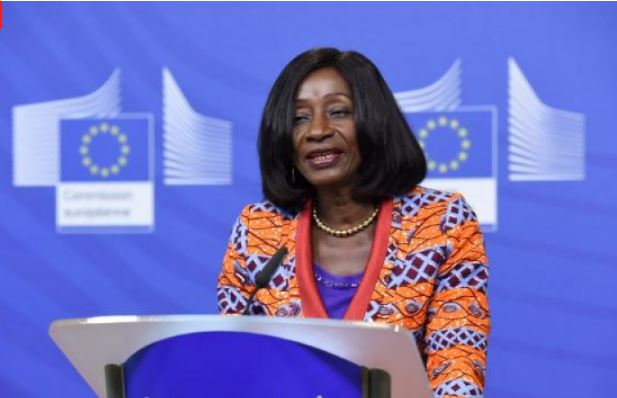 A founding member and an aspirant for a National vice chairperson position of the opposition National Democratic Congress (NDC), Sherry Ayittey has promised to make life more comfortable for the teaming NDC members who have been rendered jobless by the president Akuffo Addo led government.

According to the astute politician who is also the immediate past minister for fisheries and aquaculture development during the era of former president John Dramani Mahama, despite the current economic hardship, NDC members will “drink milk and honey” if she is elected as vice chairperson of the party.

Outlining her vision for the party immediately after her vetting, Sherry Ayittey, a former minister for health said, she will embark on an initiative to expand apprenticeship and vocational training programs that will put more NDC members back to work.

Madam Sherry Ayitey said she would do this by encouraging partnerships between technical institutions, vocational training centres and philanthropists at various communities across the country to train young people especially NDC supporters for a vast array of self-employed jobs.

She said the earn-as-you learn programs would give members of the party at the grassroots level an alternative to the limited civil servant jobs which is now available to only “family and friends” of president Akuffo Addo.

Technical and Vocational Education Training is one of the key components needed for the development of any nation especially the developing nations like Ghana.

Traditionally, this area of education and skills training has not received much attention and has been looked down-on, as one of the last resorts, should one fail to gain entry into University.

But Sherry Ayittey is determined to make it a priority area and an integral part of her agenda to create jobs for the teaming members of the party who are unemployed.

She continued “we would link-up with technical institutions to design short programs for the youths and look for philanthropists to assist and sponsor such training institutions”.

She also indicated her readiness to mobilize all women associations affiliated to the NDC under one leadership in the party to strategize and recapture political power for the NDC in 2020.

She expressed optimism of winning the NDC vice chairperson position with a landslide victory given her track record as a woman of high integrity, visible and a very hard working person.

“I am more visible, have done lots of work, my name, my face will be on the ballot paper and it will guarantee my victory” Sherry Ayittey said.