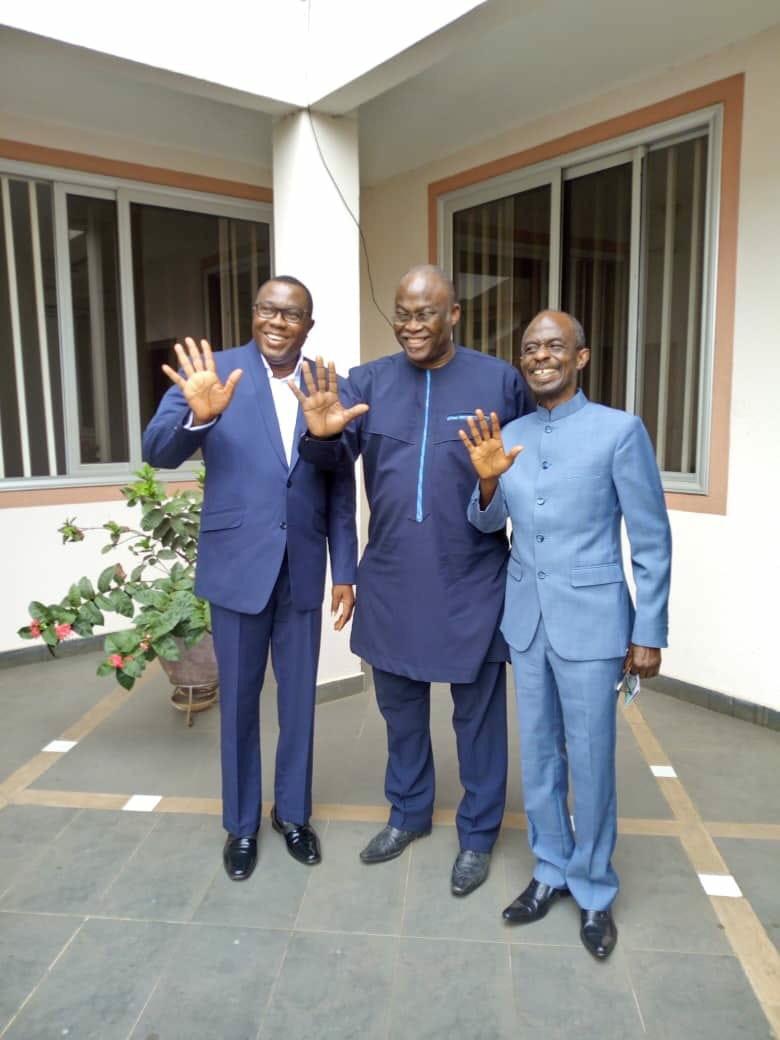 The National leadership of the opposition National Democratic Congress (NDC) has called on failed presidential aspirant of the party, Dr. Ekwow Spio-Garbrah at his office in Accra.

The cardinal reason underlying the visit according to BestNewsGH.com sources was to thank the former trade Minister for his composure before, during and after the NDC presidential primaries.

The visit also afforded the national executives, led by the national chairman, Samuel Ofosu Ampofo to discuss efforts at uniting the party going into the 2020 elections.

This website is reliably informed that the key message carried by the national leadership to the failed presidential aspirant who placed 5th in the presidential primaries after obtaining 1,447 votes or 0.65 percent of the total votes cast was to impress and prevail upon him to join the campaign for the 2020 elections.

The source at the meeting reported that the national leadership of the party believes the party’s overall objective of winning the 2020 elections can only materialize when the NDC approaches the election with a united front.

The source added that the other presidential candidates will also be called upon and the same appeal regarding party unity to made to them.