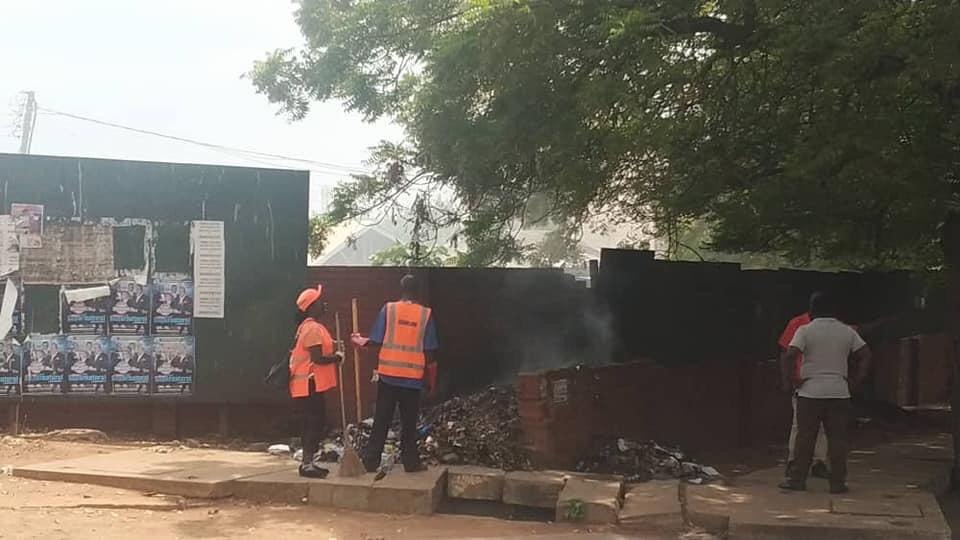 Following the report by The Finder on the garbage heaped unattended to at the frontage of the Jubilee House and Army Officers’ Mess, workers of waste management company Zoomlion were spotted busily clearing the heaps of rubbish.

The Finder reporters went round the places where the refuse was spotted and saw that the spots were spick and span.

When The Finder got to the Army Officers’ Mess at the 37 Military Hospital at 11:13am, the refuse was being collected into a Zoomlion-branded truck.

Similarly, at the frontage of Jubilee House, the waste was cleared by workers of Zoomlion.

Pictures of the huge garbage piled up at the frontage of the Jubilee House and the Army Officers Mess opposite the 37 Military Hospital went viral yesterday after publications, resulting in prompt action by authorities to get them cleared.