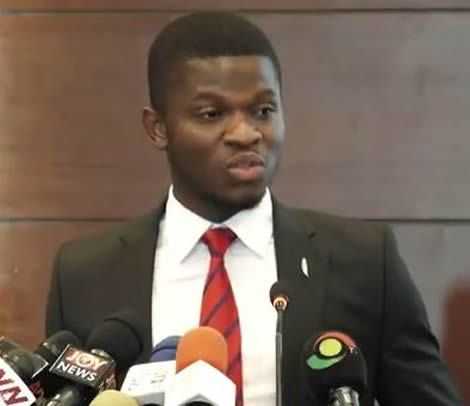 The ruling New Patriotic Party (NPP) has accused the opposition National Democratic Congress (NDC) of having been cursed with the spirit of inconsistency, particularly with regards to the raging Menzgold saga.

According to the NPP, what exacerbates the matter and further exposes the NDC is the fact that its National Communications Officer, Sammy Gyamfi is on record to have described Menzgold as a company that has come to solve the unemployment situation in the country and that the company’s Chief Executive Officer, Nana Appiah Mensah was a genius who must be lauded and praised for establishing the company.

‘’Sammy Gyamfi pontificated that the Akufo-Addo administration had been a sloth in creating jobs and if NAM1 was using his ingenuity to create jobs for the teeming masses, Akufo-Addo was killing his business. The party’s communications director went on to urge Akufo-Addo to see NAM1 for tuition on how to create jobs for Ghanaians and that he was too innovative to be hounded’’ the NPP said.

The NPP’s comments come minutes after the NDC press conference dubbed ‘the moment of truth’ in which they lampooned the government and president Akufo-Addo for poorly handling the Menzgold saga and also labeling Nana Appiah Mensah, the company’s embattled CEO as a fraudster.

The NPP added ‘’today, Sammy Gyamfi and his NDC apparatchiks are calling the ‘genius’ NAM1 a fraudster. Is it not strange that in less than a month ago Sammy Gyamfi and his NDC were busily hailing Nana Appiah Mensah but are now crucifying him as the black sheep of the land? The press event being addressed by the NDC is vacuous, hollow and meaningless. It lacks substance since all that they have captured and are spewing into the public domain make no sense’’.