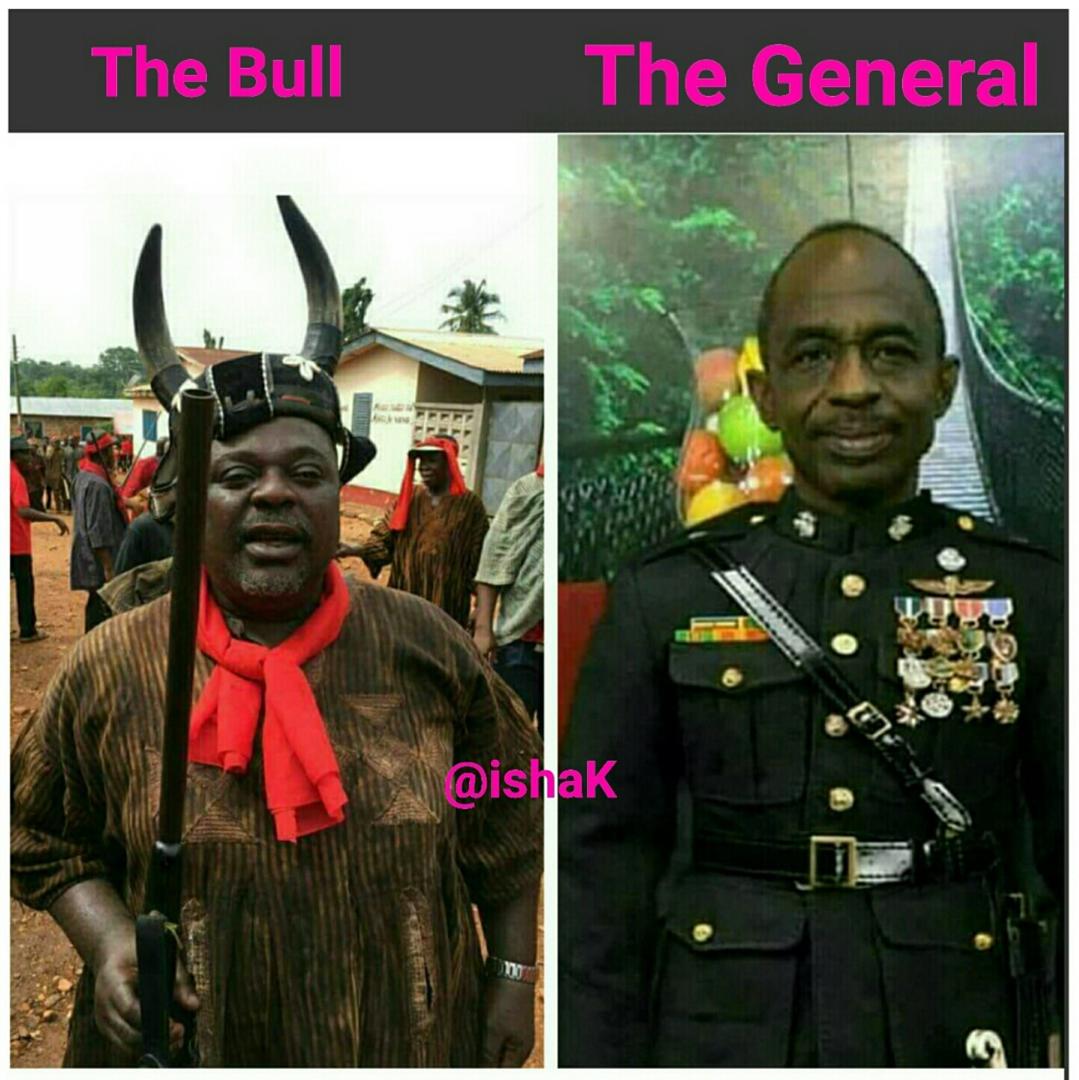 As the opposition National Democratic Congress goes to the polls to elect new national executives, the most interesting contest will be the general secretary slot which is being sought by the incumbent general secretary, Johnson Asiedu Nketiah nicknamed the ‘General and his deputy, Koku Anyidoho also nicknamed the‘Bull’.

The Bull seem to be giving the General a good run for his money, giving the fact that the General who has unwavering popularity has never campaigned in the over 12 years that he has occupied the seat of chief scribe of the NDC.

But the story seem different this time as he is busy criss-crossing the length and breadth and the nook and crannies of the country in frantic efforts to retain his seat.

National Organiser of the ruling New Patriotic Party (NPP) Sammi Awuku is on record recently to have said on Accra based okay Fm that the General is so hot that he has been forced to print posters for this years’ national executive elections, something he has never done in his life time.

The Bull is also campaigning on a 10 point agenda which include restoring power to the party officials and grassroots, protecting party official structures from external aggression, ensuring that no party member is appointed into government if the fellow does not belong to a branch of the party, plus the fact that the General secretary will not sit on any board of any state agency, but to leave that for other party members.

The General has the tacit support of the front runner in the NDC flagbearership contest, former president John Dramani Mahama, while it is a known fact that the Bull is not in good terms with Mr. Mahama.

It is unclear who the Bulls’ favourite is, with regards to the flagbearership race.

No matter what it is, Saturday will be the decider in whether the Bull will truly be able to trounce the General and end his long stewardship as the chief scribe of the NDC or not.