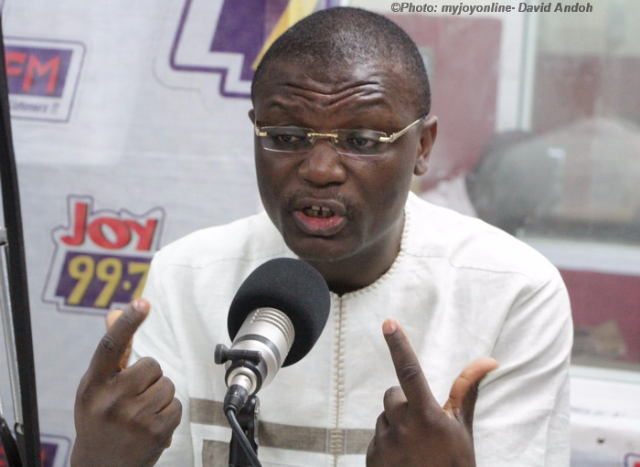 According to him, the recent report released by Joy Fm in which it accused the NDC of diverting some 6 million dollars out of some 170 million dollars earmarked for the construction of some district hospitals for a research on the chances of the NDC in the 2016 elections is a deliberate and calculated ploy by the ruling party and Joy Fm to cause disaffection for the former president, under whose watch the incident happened.

He explained on an Accra based radio station and monitored by BestNewsGH.com that the research leading to the release of the report was conducted unprofessionally, arguing that those that embarked on the research did not interview the right people.

He described the report as ‘skewed to meet a certain purpose’’ saying the team that did the research was selective in their choice of resource persons they interviewed.

‘’Which research will you do and not invite the one you are accusing to tell his side of the story? This whole thing falls below of the standards expected of a media house like Joy Fm.’’ he said.

According to Mr. Adams, the move is aimed at diverting the attention of Ghanaians from the corrupt practices that this current government under the leadership of president Nana Addo Dankwa Akufo-Addo is perpetrating.