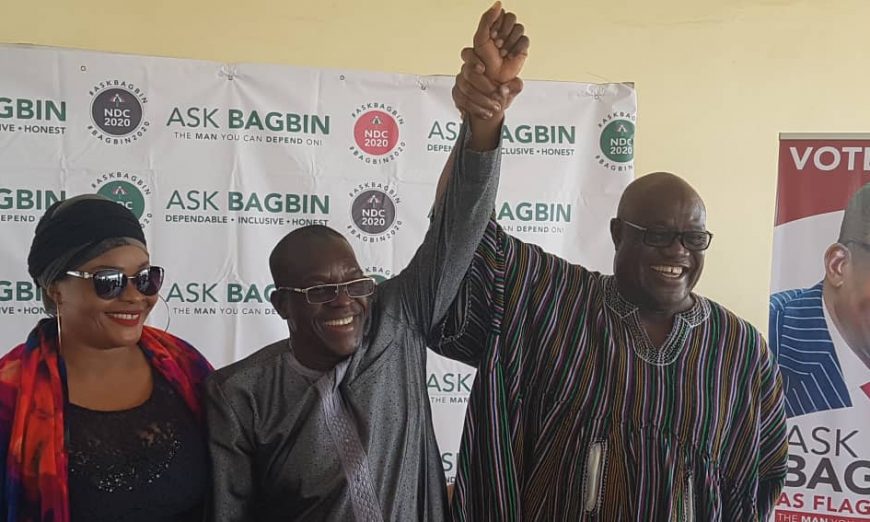 NDC Flagbearer aspirant Alban Bagbin has appointed former Minister of Information, Fritz Baffour, as his Director of Campaign and Communication.

The Member of Parliament for Ablekuma South has since entreated delegates of the NDC to eschew adversarial politics as he throws his support behind Alban Bagbin.

Speaking at a presser yesterday Monday, October 15 2018,  Fritz Baffour described as unfair, accusations that appointees who served under former president John Mahama and are now contesting him, are traitors.

According to him, his endorsement was not based on malice, adding that Alban Bagbin truly upholds the principles of the NDC, hence his decision to support him.

“At a certain time, I said I was not ready to support anybody and I have now made my choice and my choice is Alban Bagbin,” he emphasised.

He said in his ‘Animal Farm,’ administration, ‘monkeys were working, while baboons chopped.’

“That is why you had unknown people appearing from nowhere and getting top appointments. While people like you and other Executives who had toiled for the party had been ignored.