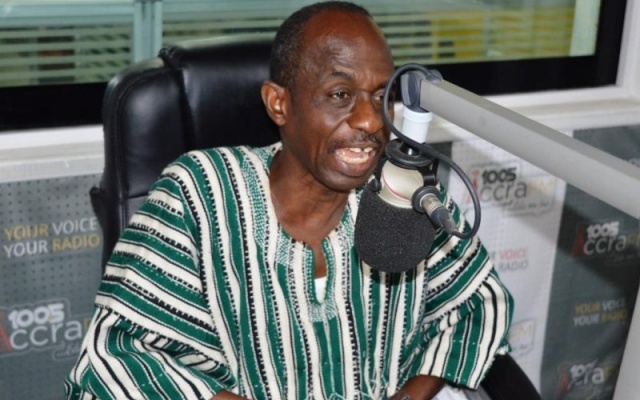 General Secretary of the opposition National Democratic Congress (NDC), Jonhson Asiedu Nketia has blamed the decision to peg the party’s presidential filing fees and nomination forms at 420 thousand Ghana cedis to the expanded national electoral college of the party.

‘’The cost that we are talking about, it is not a cost that the national executives just put out. The work they gave us, that is the money we are supposed to use to prosecute that work. We are talking about the biggest political party electoral college in the country’s history. We all sat down and decided that we wanted the expanded electoral college and we have 275 thousand delegates that will gather to elect the flagbearer, so we need the money to carry out this work’’ he said on an Accra based radio station.

Mr. Asiedu Nketia said the Flagbearers must also possess the mobilization acumen to be able to marshal resources to cater for the party’s 2020 campaign.

According to him ‘’the flagbearer will be the one that will be the chief financial mobiliser for the party’s election campaign. So this is the test for them to show that they have the capacity to do that. We have done this with the interest of the party in mind. So I think that instead of moving from one place to the other and complaining, they should concentrate on looking for the money’’.

He is of the view that the money being sought by the party from the 13 presidential aspirants will not even suffice the cost of the election of the flagbearer, thoughtless of the prosecution of the national elections in 2020.