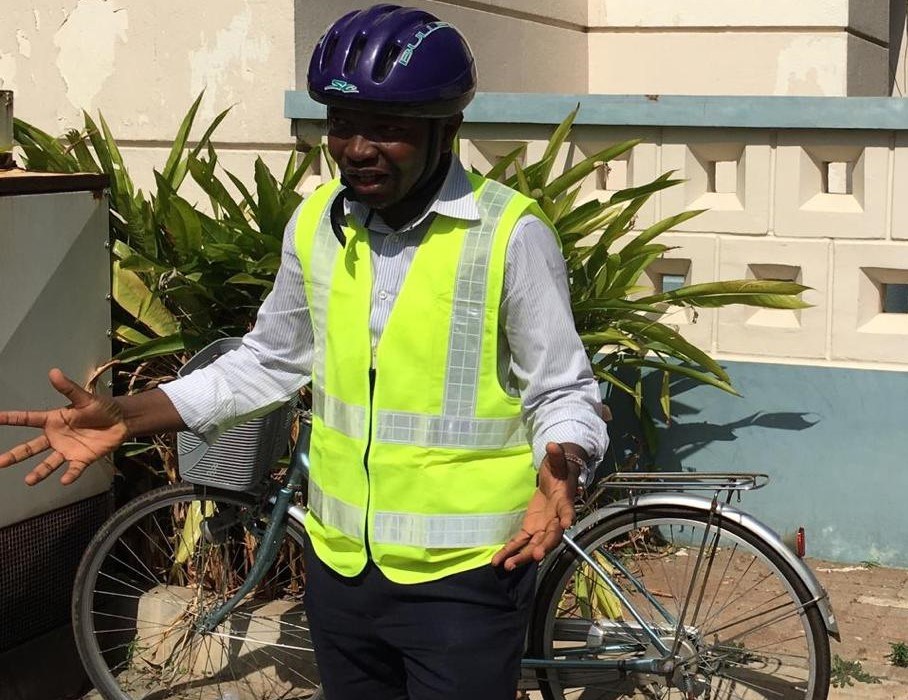 Opposition National Democratic Congress Member of Parliament for Kumbungu constituency in the Northern Region, Ras Mubarak has said he will not ride his bicycle to Parliament because he has picked intelligence that a tipper truck will hit and kill him if he rides it there again.

According to him, he doesn’t want to lose his life and so is not taking the intelligence he gathered lightly at all.

‘’I love life, my family and my friends and so I will not ride the bicycle again’’ he said on an Accra based radio station ad monitored by BestNewsGH.com

The Kumbungu legislator a few weeks ago in what he said was a protest against the high cost of petroleum products on the market and the general high cost of living in the country, rode a bicycle to parliament house.

Most observers said it was a publicity and popularity stunt he pulled because it was not going to be a sustained.

It therefore is no surprise that the MP has indicated that he will not ride the bike again.

But the Majority Leader and Minister for Parliamentary Affairs, Osei Kyei Mensah Bonsu on the same programme challenged the Kumbungu MP to prove where he got such ‘fake’ intelligence from, saying he can at best report the matter to the police for investigations to be conducted.