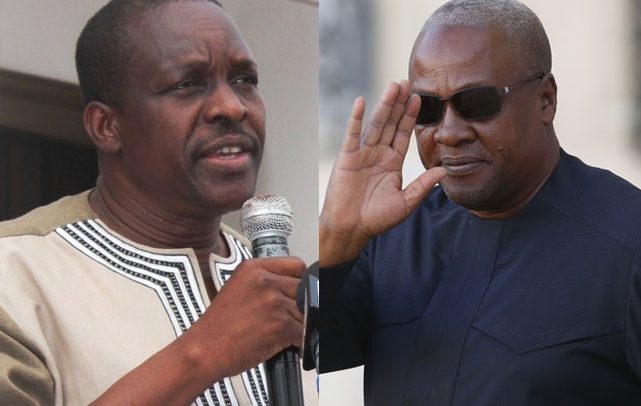 Aspiring National Democratic Congress presidential candidate, Alban Sumana Kingsford Bagbin has indicated that his co contender for the slot, former president John Dramani Mahama is not popular as people perceive him to be.

According to him, Mr. Mahama is only riding on the back of the media who hype and give him too much publicity, making it look like he is more popular than the rest of the 12 aspirants.

Mr. Bagbin who is also the second deputy speaker of Parliament and Member of Parliament for Nadowli/Kaleo constituency in the Upper West Region, the ground looks very different and far from the fact that Mr. Mahama is popular.

According to him, Mr. Mahama has lost the flagberaership primaries in advance because those that are supposed to vote for him as flagbearer have testified that they don’t know him.

‘’He is only popular in the media. When you go down to the grounds, it is an absolutely different ball game and he will lose the elections big time’’ he said on Accra based peace Fm.