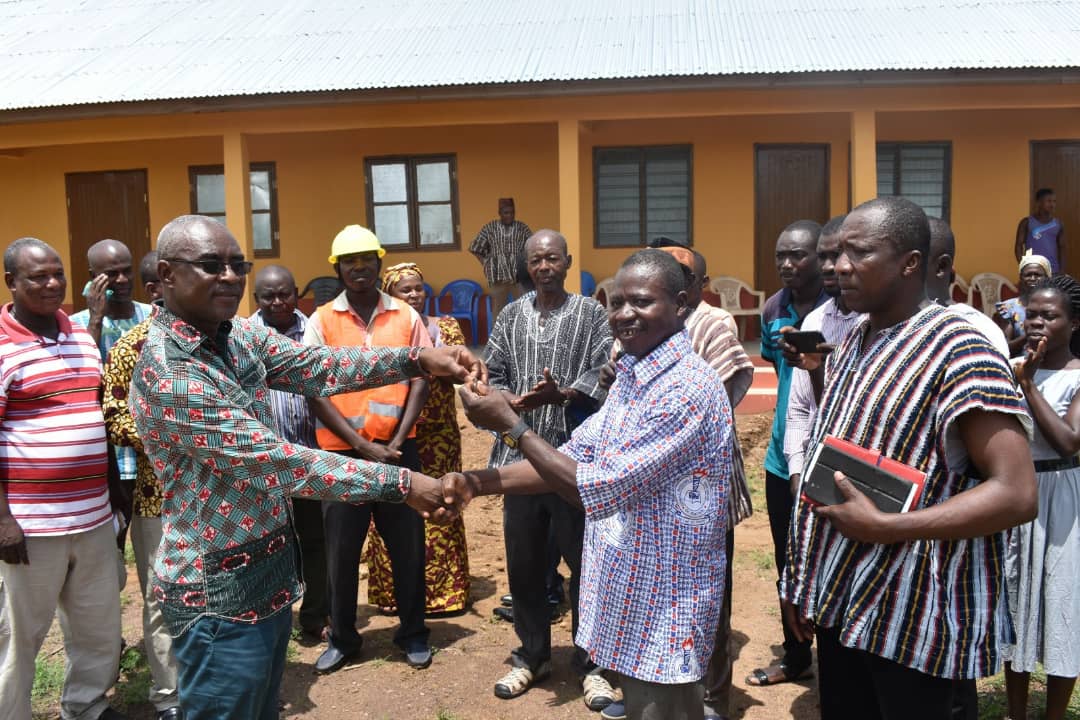 In response to the infrastructure challenges of Kambaa and Danko District Authority Junior High Schools in the Nandom District of the Upper West Region, the Nandom District Assembly led by its District Chief Executive Mr. Thaddeus Arkum Aasoglenang, has handed over two fully furnished 3-units classroom blocks with ancillary facilities to the Ghana Education Service (GES) for the two communities.

The two projects which were constructed with funding from the District Assembly’s Common Fund amounting to GH¢ 350,000.00, became imperative as a result of the difficulties teachers and students are faced with, without classrooms in the two communities. Hitherto, pupils from the communities commute between 10-15kms to access the nearest Junior High School. As a result, attendance to school, time on task and performance was affected.

According to the Danko Naa, Naa Bernard Niyel, who spoke on behalf of the chiefs of the beneficiary communities, the construction of the schools has brought relief to parents, teachers, students and most especially the communities. He said “ This project is a dream come true, we never thought this could be a reality until today”.

He expressed gratitude to government particularly the District Chief Executive who responded immediately to their appeal for class rooms in the communities. 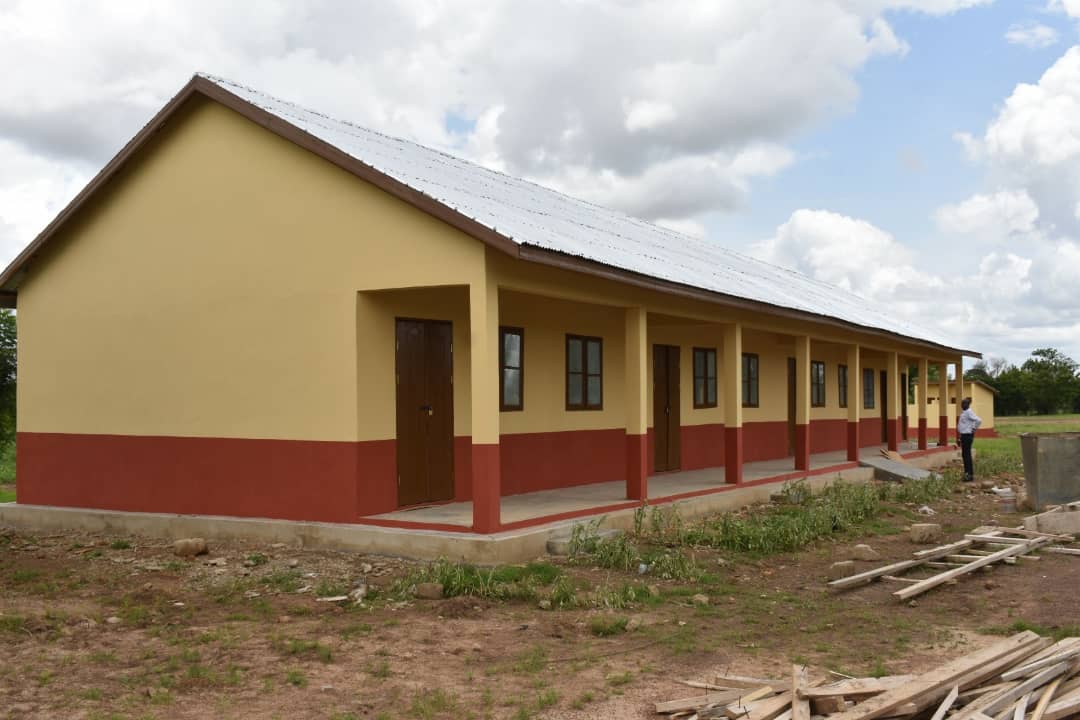 In a short speech, District Chief Executive for Nandom, Mr. Thaddeus Arkum Aasoglenang said the President, Nana Addo Dankwa Akufu-Addo, is interested in the welfare and Education of children in Ghana.

He said this explains why government is prioritizing educational policies in the last few years. Mr. Aasoglenang said “It is about time traditional leaders take a center stage in ensuring that education is prioritized by all in their communities”.

He called on parents and traditional leaders to ensure the school is put into good use by allowing their wards to attend school regularly.

An assistant Director at the Nandom District Education Directorate, Mr. Raymond Terri who spoke on behalf of the Acting District Director expressed gratitude to government for being very responsive to the educational needs of Nandom. He said, in the last few months, similar handing over ceremonies has been conducted in the district and many other projects are at various stages of completion in the District.

This is indicative of the willingness of government in improving teaching and learning environment and performance.  Mr. Terri called for a continuation of the momentum at which educational infrastructure is being delivered in the district.