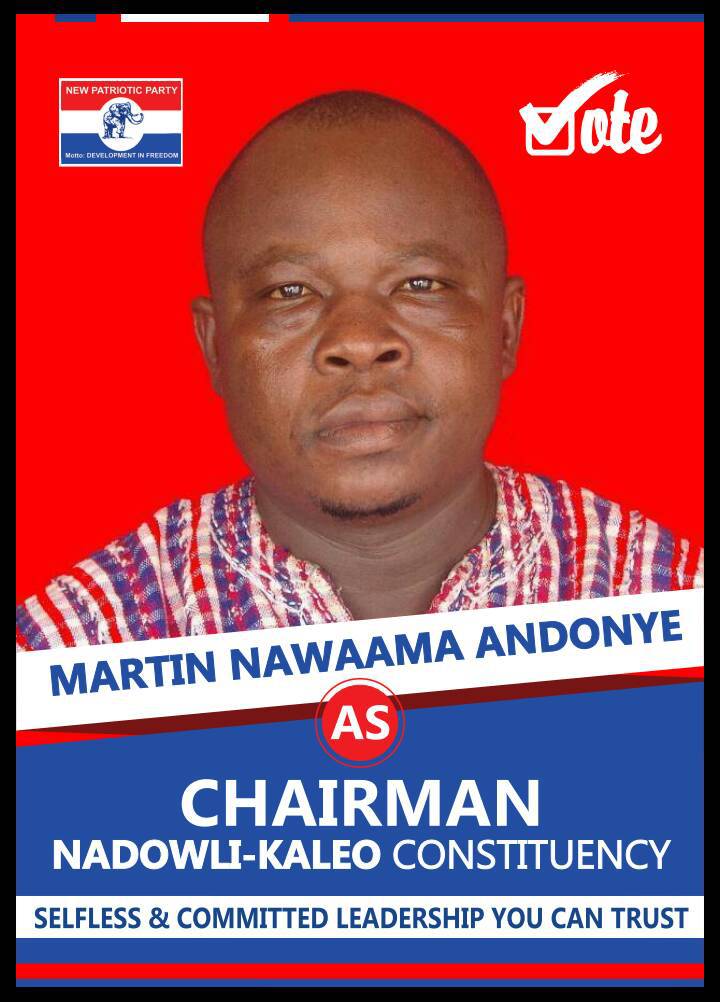 The disciplinary committee of the ruling New Patriotic Party (NPP) in the Upper West Region have suspended the constituency chairman of the party for the Nadowli/Kaleo constituency, Martin Andonye.

The suspension letter authored by the regional chairman of the party S.B Kangberee said the move was necessary to allow the regional disciplinary committee to look into allegations levelled against the Mr. Andonye.

The regional disciplinary committee also quashed the suspension of the Party’s parliamentary candidate for the Nadowli Kaleo constituency in the 2016 elections, Mr. Elvis Botah.

According to the letter which has been intercepted by BestNewsGH.com and dated 18th September 2018, the constituency chairman’s suspension is in the interest of the party and is to allow for fair play and justice.

Some members of the Nadowli/Kaleo constituency petitioned the regional disciplinary committee about the activities of the constituency chairman, culminating in his suspension.

In a separate press release issued by the party in the region, the NPP constituency chairman is accused of unilaterally and arbitrarily revoking the appointments of some constituency executives.

‘’We are all ware that as an appointing authority, he has the right to revoke the appointment of any officer who misconducts him or herself. However this power must be exercised responsibly and in accordance with due process as spelt out in the party’s constitution’’ the release, signed by the regional chairman, SB Kangberee said.

The release cited the chairman’s continued disregard for party structures and failure to consult the regional executive on such important disciplinary matters, adding that such behaviour can no longer be tolerated.

Just last week the suspended constituency chairman issued an indefinite suspension letter to the party’ s 2016 parliamentary candidate for the constituency, Elvis Botah, accusing him of gross misconduct and disrespect for party elders and patrons in the constituency among others.

His action he argued was premised on the recommendations of the constituency disciplinary committee which investigated allegations against Mr. Elvis Botah. 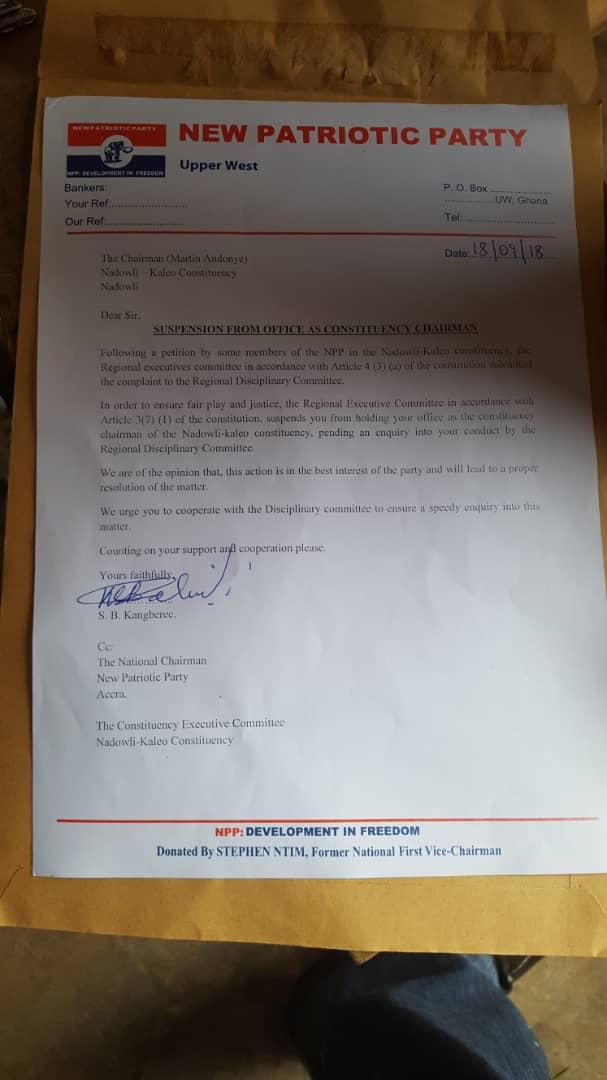 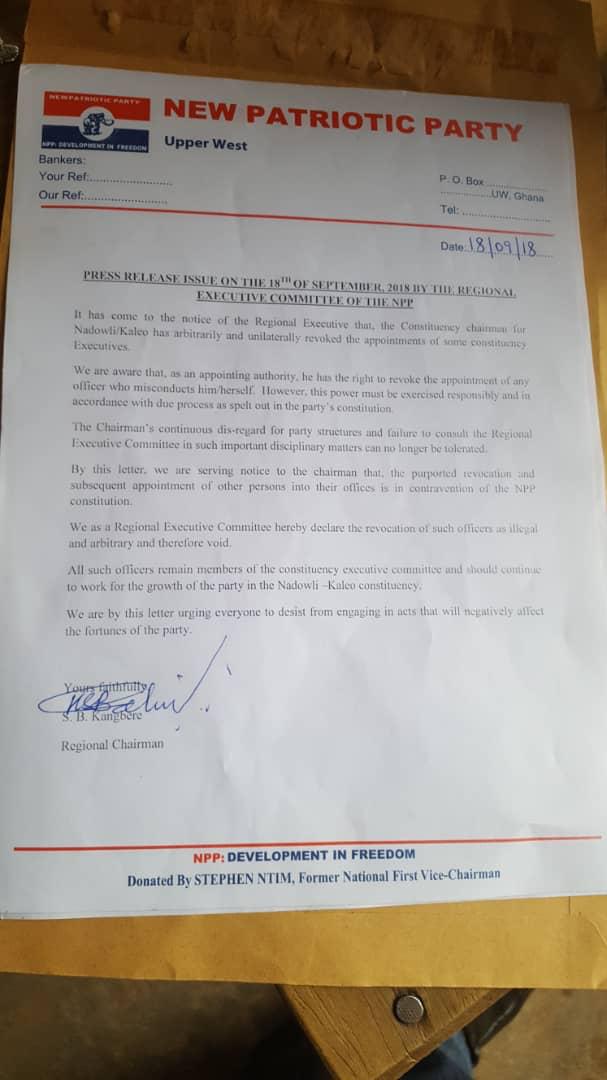 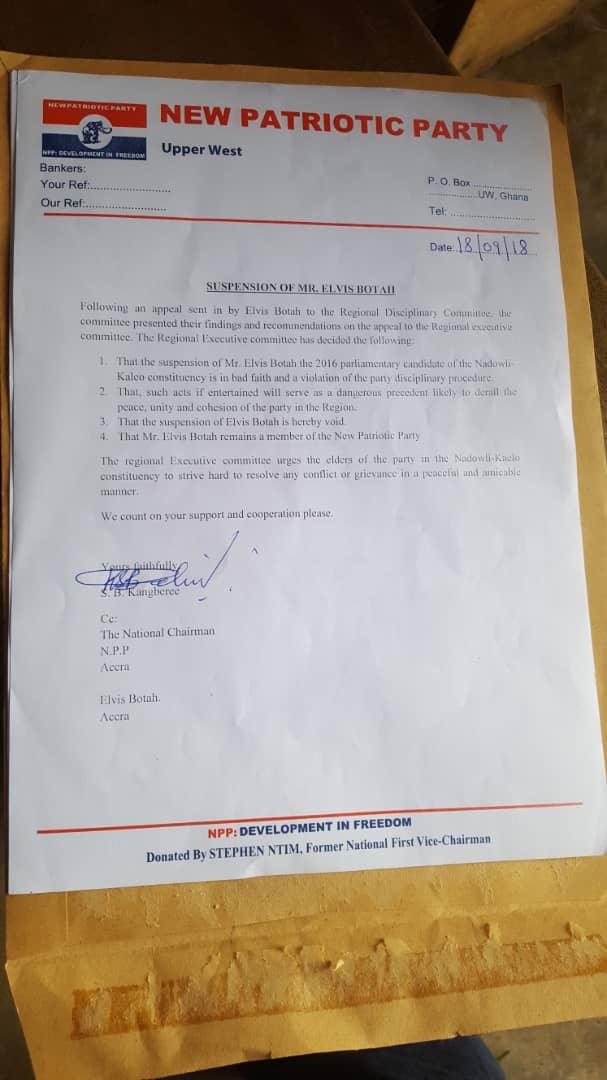