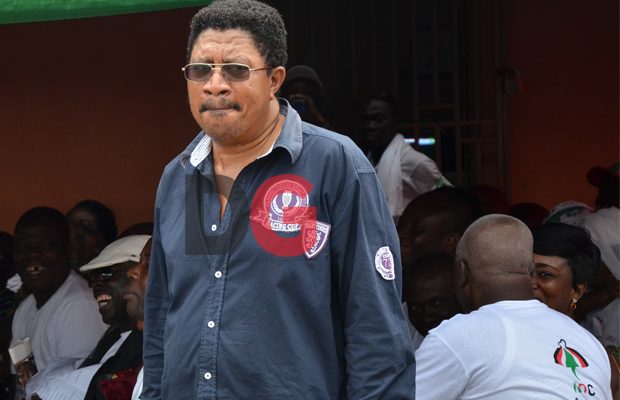 Mr. Wilson who was very ‘powerful’ in the erstwhile John Evans Attah Mills led NDC administration is not happy that his new found love, the ruling New Patriotic Party (NPP) government is not pulling its weight.

Political watchers say he lost his clout and relevance when former President Mills passed on, and then followed by his political mentor and Godfather, the late David Lamptey of Sidalco fame.

He was virtually in charge of the Port of Tema and importers and clearing agents were at his mercy.

Indeed he was labelled as the de-facto customs commissioner in the country, due to his activities at the country’s ports at the time.

Mr. Wilson who claims to have lured people to vote for the New Patriotic Party (NPP) in the 2016 elections says he has regretted doing that, claiming the NPP-led government has failed the nation.

Mr. Wilson said in the run-up to the 2016 elections, he openly opposed his own National Democratic Congress (NDC) party, and called on the youth to vote for the New Patriotic Party (NPP) due to some policies they promised to implement.

Speaking in an interview with Onua FM’s Yen Sempa hosted by Bright Asempa on Tuesday, Mr. Wilson submitted: “I am here to call on the youth to forgive me”.

He explained, “I called on the youth to change and vote for the NPP then in opposition but today I am here to ask for forgiveness.”

Mr. Wilson suggested that coming events cast their shadows, stressing, “The Akufo-Addo government cannot do anything for the nation. Like the Twi people say, ‘agro be so a, efiri anopa’”.

Mr. Wilson said he openly campaigned for the NPP because of the welfare of the youth in this country but felt disappointed that the government has failed them.

“Whatever we did, we did it for Ghana and I will not campaign for Akufo-Addo again if we should have elections today”, he added.