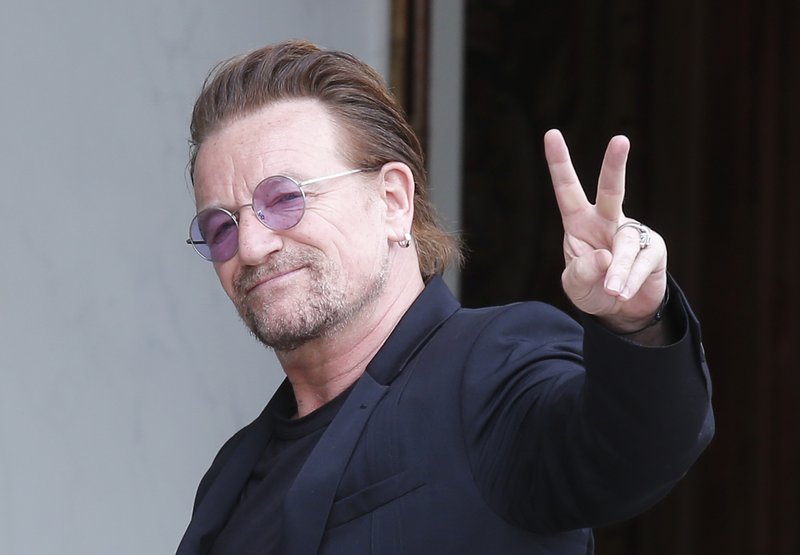 The Zipline Technology, the world’s first medical drone delivery service, has announced the appointment of Mr Paul David Hewson, popularly known in the showbiz industry as “Bono”, to its board of directors.

Mr Hewson, who is an activist, investor and musician, now represents the Rise Fund on the Board.

Earlier this year, the Rise Fund invested in Zipline to enable it deliver to essential medicines to people in deprived communities.

Mr Keller Rinaudo, the Chief Executive Officer (CEO) of Zipline, said the firm would continue to deliver essential medicines to millions of people across the world through its drone delivery service.

He said Hewson’s commitment to social and economic justice and his keen sense of ensuring that the private sector plays a critical role in delivering good services in the world made him a natural fit for the board.

Mr Hewson, in response to his appointment, said: “Companies like Zipline are the reason we started The Rise Fund.

“They are tackling a very difficult problem with a solution that looks simple, but is stunningly sophisticated”.

He said the progress and essential services Zipline was rendering in Rwanda and Ghana, was critical towards satisfying the needs of humanity saying; “The engineering teams are saving lives every day, while constantly looking for ways they can innovate further to reach more people”.

“That’s why I joined Zipline, because outside of music, Zipline brings together my most fervent passions: that commerce should serve people and not the other way around, that the brightest minds everywhere can go to work for the most vulnerable lives anywhere, and that we put our intellect to work in service of our ideals. I could not be more proud to be joining the board,” Mr Hewson said.

Bono, the lead singer of U2, is also a well-known activist in the fight against AIDS and extreme poverty in Africa and the co-founder of sister organisations ONE and RED.

Bono is also a co-founder, along with TPG and Jeff Skoll, of The Rise Fund, a global impact fund investing in entrepreneurial companies driving measurable, positive social and environmental change in alignment with the Sustainable Development Goals.

The company has flown millions of kilometers, made tens of thousands of on-demand medical deliveries and helped to save thousands of lives in emergencies.

Zipline’s operations in Ghana and Rwanda will serve about 22 million people and expected to help save tens of thousands of lives over the next several years.

The Company’s ambition is to expand to serve 700 million people in the next five years.

Zipline is an automated logistics company based in California. The company comprise seasoned engineering and operations veterans from teams such as SpaceX, Tesla, Google, and Boeing—designs and operates an autonomous system for delivering lifesaving medicine to the world’s most difficult to reach places.

Zipline’s mission is to provide every human on Earth with instant access to vital medical supplies. The most respected investors in the world support Zipline, including Baillie Gifford, Goldman Sachs, Sequoia Capital, Andreessen Horowitz, GV.

About the Rise Fund