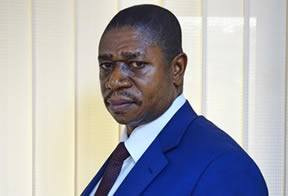 Director of Radio for Kencity Media Limited, operators of Oman Fm, Net2 Television and Assh Fm, Obotantim Martin Kwabena Kwakye has described government’s decision to merge the Agricultural Development Bank (ADB) and the National Investment Bank (NIB) as a very unpopular decision that must be reversed.

According to him, the two banks have unique roles they play, which roles have been clearly defined and are strategically positioned to support various sectors of the economy.

In his opinion, the Ministry of Finance and the Bank of Ghana must rethink the issue and ensure that the two public banks remain and operate as autonomous and separate entities.

Obotantim Kwabena Kwakye who was speaking during the newspaper review segment of Oman Fm’s Morning show, hosted by Yaw Amofa Boakye said ADB for example has about 120 million Ghana Cedis with Unilever Ghana Limited and that it is neither under any circumstance pressured nor at the verge of collapse to warrant some government intervention.

According to him, the two banks are better off separate as they are both operating efficiently and effectively, underscoring the repercussions of the decision to merge them, in terms of job losses among others.

‘’ ADB has proven to be a vibrant, efficient and profitable entity. They have been able to marshal resources to build their own head office. Let’s allow them to do their work’’ he averred.

Host of the show, Yaw Amofa Boakye on his part said ‘’is it every day that workers will be asked to home? The banks are not distressed and the merger is not a matter of absolute necessity, so why are we in a hurry to fire workers? This must stop’’.