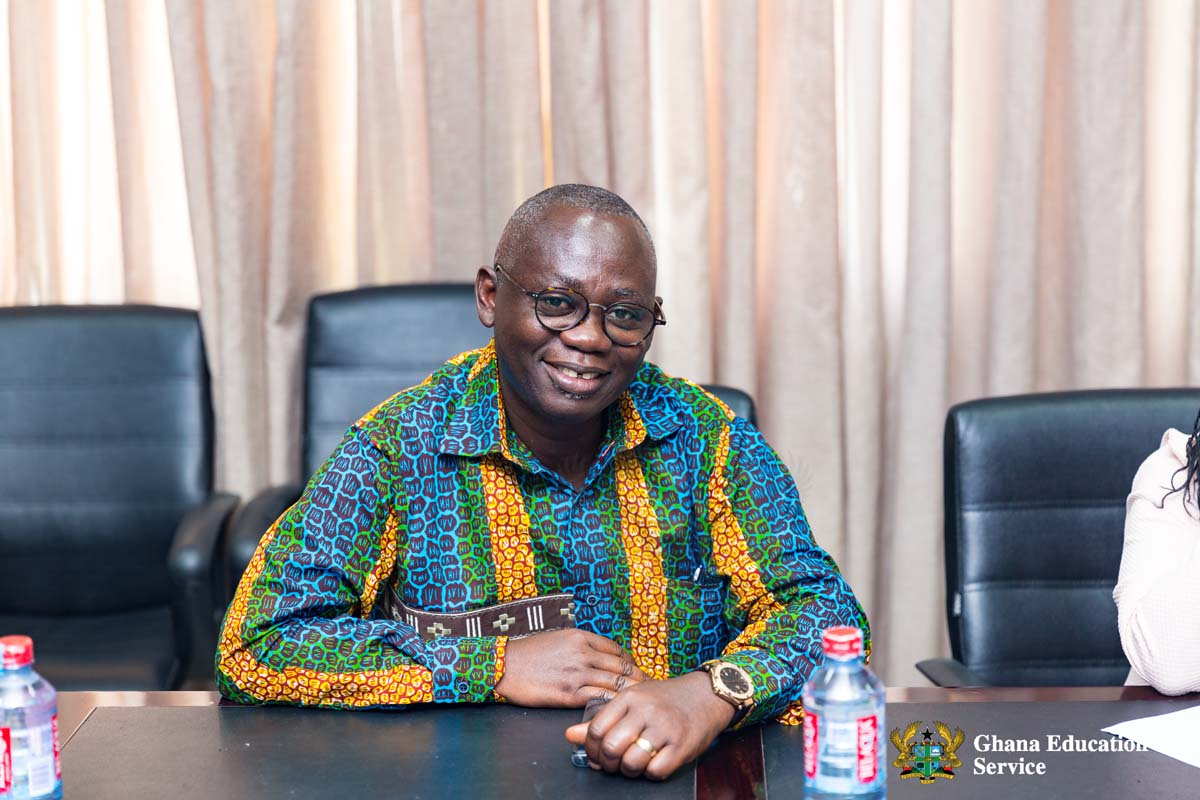 Some 12 Junior High School and Senior High School heads in the Eastern Region within the Asuogyaman District have been directed by the District Directorate of Education to release their students to line up the streets to welcome the president who is on an official visit in the region.

The letter dated 20th November 2018 and signed by the District Director of Education, Mavis O. Yirenkyi said all respective heads of institutions are to meet at the Akrade Teachers’ Resource Centre for a brief discussion today, 21st November, 2018.

The Member of Parliament for the area Thomas Nyarko Ampem has confirmed that indeed the teachers met today to discuss the issue and that they have received the letters instructing that the students should be released to line up the principal streets to welcome the president.

He described the directive as uncalled for and one that is retrogressive.

See the statement, as issued by the District Director of Education 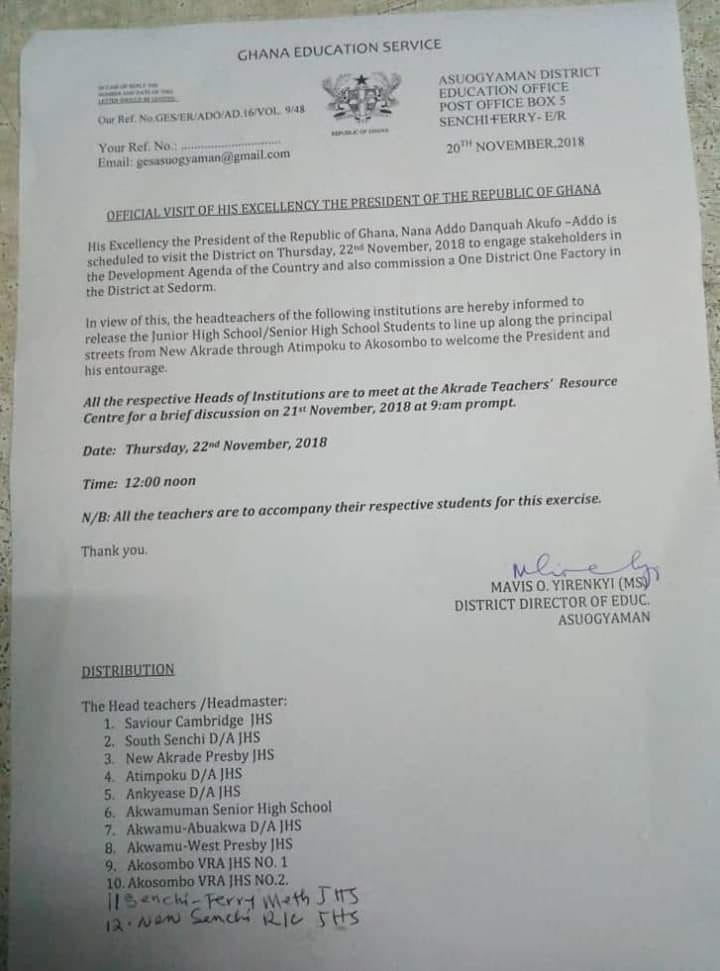