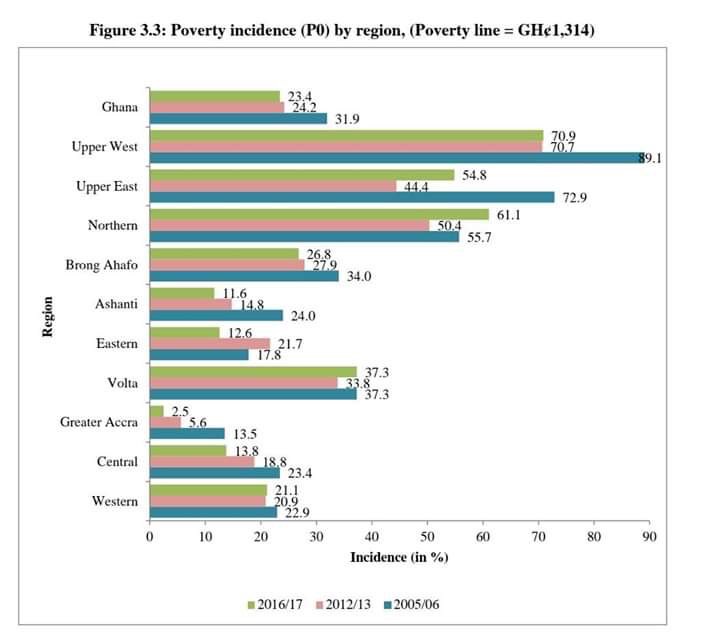 The three northern regions continue to be the poorest in Ghana and have the Upper West Region as the poorest, followed by the Upper East region and then the Northern Region.

The data below brings to the fore some key issue as follows.

The UWR, the youngest region in Ghana, was created out of the then Upper Region in 1983. Yet the region remains the poorest. So creation of a new region will not necessarily lead to development.

The NR region is the largest in terms of land size, but incidence of poverty has increased just like it increased in the smallest Upper regions. Again, poverty may have nothing to do with demography.

From Ghana’s 2010 Population and Housing Census, the UWR has the highest number of intellectuals per square km but this is the region which is the most poor. Why? Indeed, the 4 poorest regions of Ghana almost have the highest literacy rates in the country. Yet they are the poorest. They are also the strong hold of the NDC. The NDC has been in power for more years than any other political party.