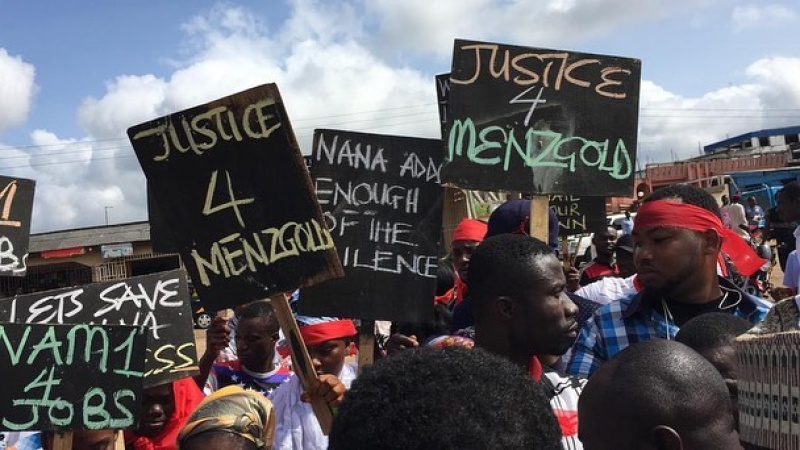 Residents of Tarkwa in the Western Region are warning government to take immediate steps to ensure that the Menzgold issue does not get out of hand.

They want government to do everything possible to protect the investments of those who have invested with the company in order to forestall any chaotic situation in the not too distant future.

The residents who are seething with anger told BestNewsGH.com’s Western Regional Correspondent Ofosu Banahene that most of the angry youth have invested in the company and have been affected by redundancy from the mining firms that they used to work, and that it will be disastrous should they lose those investments.

He reports some of the affected investors as threatening to vote against the New Patriotic Party if government doesn’t find a solution to the problem.

All they are interested in, according to him, is their investment with the company and that anything short of that will be a catastrophe.

He said ‘’the anger in town is not imaginary, but very real. They are of the view that government has not created enough jobs and also do not care the hoot about the free Senior High School or any other pro-poor government policy’’

He added that they expressed their frustration on the matter threatening that as DKM did to NDC in Brong Ahafo region, Menzgold is also seeking to replicate in Tarkwa and the other gold-mining towns where redundancy has affected a lot of workers.