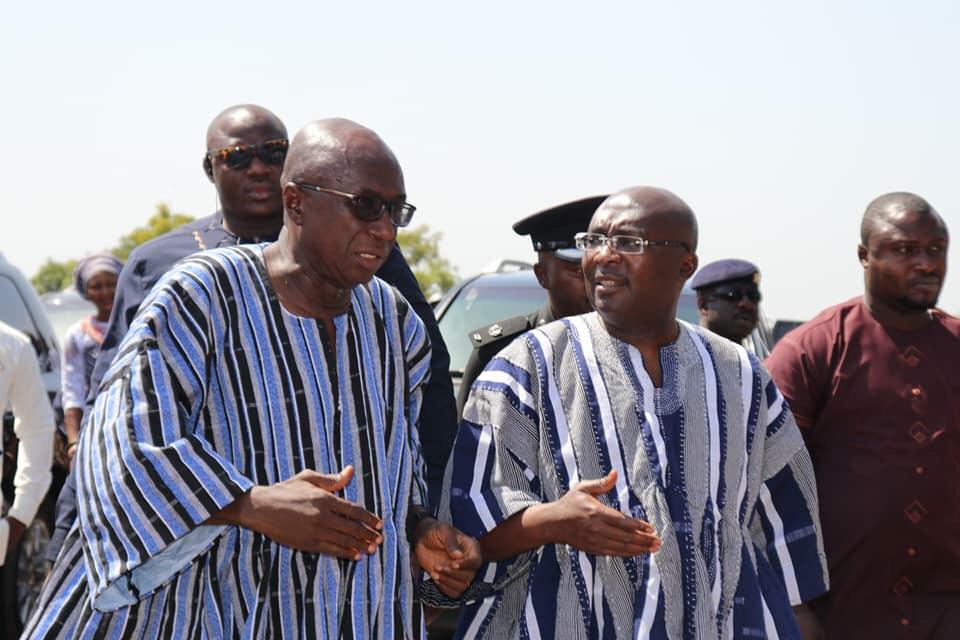 The Vice President, Dr Mahamudu Bawumia has challenged former President John Dramani Mahama and the opposition National Democratic Congress (NDC) to show one Major high way (road) in the upper West region that the NDC government started and completed in its 8 year tenure in power.

He said the NDC has not brought any meaningful and tangible development to the area and asked what they have helped the region achieve.

Dr. Bawumia threw the challenge while addressing the chiefs and people of the Nandom Traditional Area on Saturday November 24, 2018 when he joined them to celebrate this year’s edition of the annual Kakube festival.

He stated that, the New Patriotic Party (NPP) government under Nana Addo Dankwa Akufo-Addo will endeavor to complete major high way roads in the upper West region, adding that one will be the Lawra-Nandom-Hamile road which has been tarred and that soon, the 10 miles stretch into Hamile will be completed.

He said the road has been captured in the 2018 and 2019 budgets and work was seriously ongoing.

The Vice president also touched on many developmental issues spanning the Health, Education, jobs and the construction and road sectors among others.

He donated 20 thousand Ghana cedis to the Chiefs and People of Nandom in support of the Nandom Educational fund.