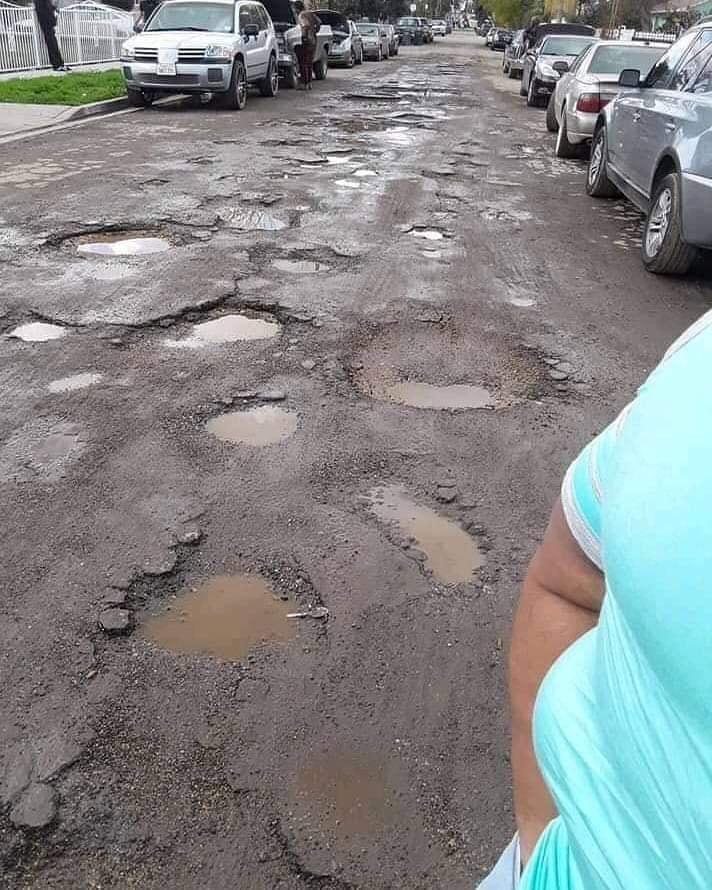 A picture of a very bad and deplorable road in the City of Compton in the United States of America (USA) has gotten tongues wagging in Ghana and Africa.

Social Media users have been discussing the photo which paints a picture that is a very serious and clear departure from the usual beautiful images of America that Africans and Ghanaians in particular are used to.