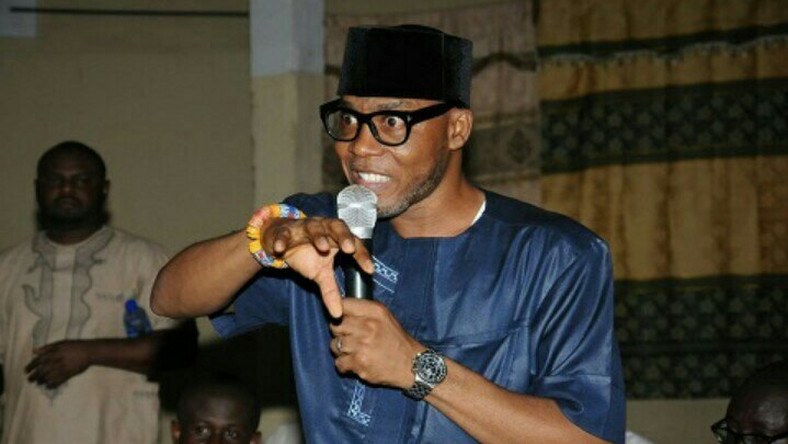 The Metropolitan Chief Executive Officer for Tamale, Iddrisu Musah Superior has lashed out persons he described as faceless, saying he will not be detracted by their machinations to undermine his work.

He took to his Facebook page to announce how people are working to frustrate his work as the Mayor of Tamale.

‘’Despite all the challenges; some genuine, others “invented” associated with this noble office, I am determined to carry on with my role as the lead officer of the Assembly in the provision of hope and vision until the President ‘removes’ me from office’’ he wrote.

Mr. Iddrisu said the office of the Mayor of Tamale requires a lot of patience saying ‘’ you have to be extremely patient and tolerant to work in this office. Here, the “executive chair” is a HOT chair’’. 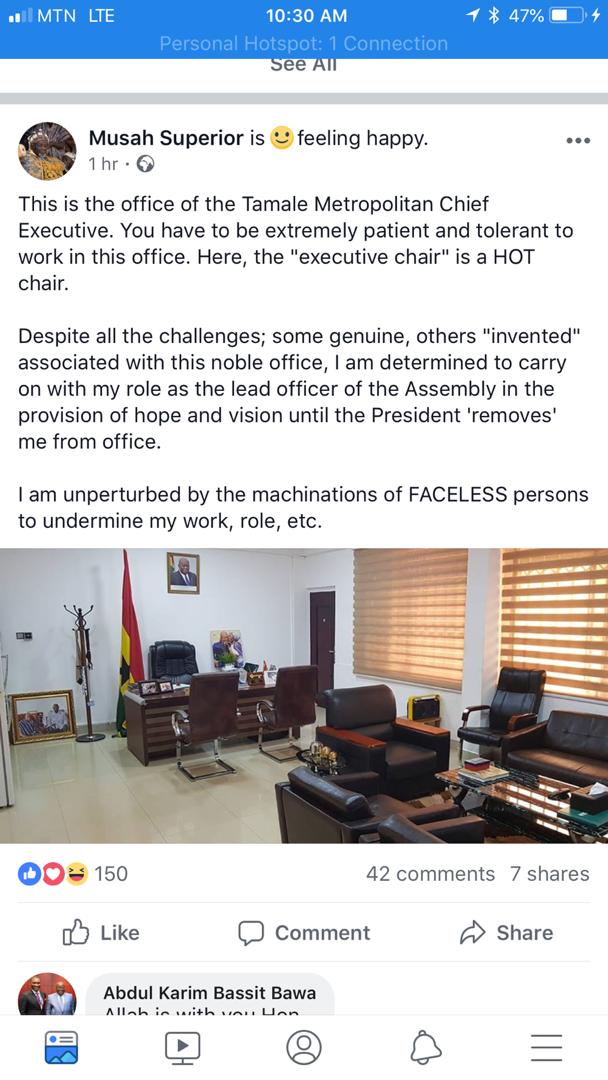