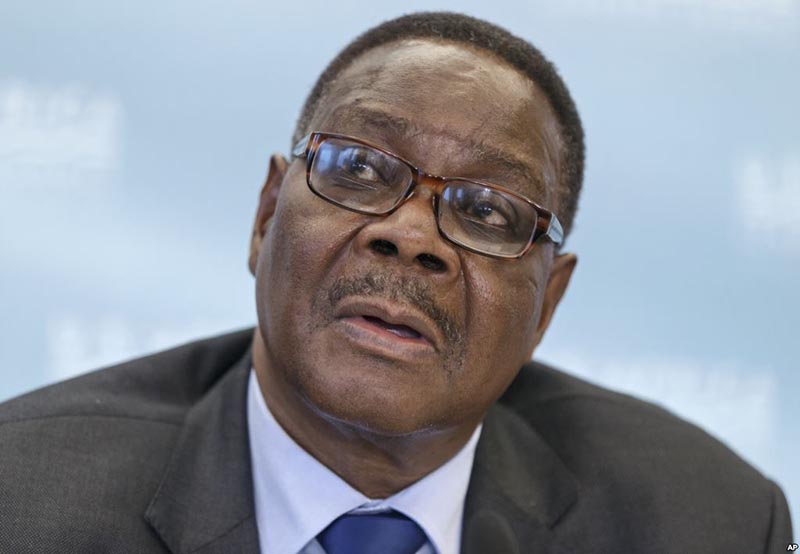 Malawi President Peter Mutharika on Wednesday dissolved the cabinet just seven days before the nation goes to polls on May 21.

President Mutharika has dissolved the cabinet in exercise of the powers conferred upon him by Section 95 (2) of the Constitution of the Republic of Malawi, dissolved the Cabinet with effect from May 15, 2019.

A press statement signed by Chief Secretary to government, Lloyd Muhara and made available to The Maravi Post, says “Following the dissolution of Cabinet and until the appointment of a new Cabinet, all Ministerial powers, functions and responsibilities shall vest in and be exercised by His Excellency the President.”

The statement further said “all queries or matters should be directed to the Office of the President and Cabinet.”

However two of the country’s well-known political analysts have hailed President Peter Mutharika for maintaining a lean Cabinet since he took over the reins of power five years ago, saying the stint has saved Malawi’s fragile economy billions of taxpayers’ resources.

George Phiri, of the University of Livingstonia and Professor Mustapha Hussein of Chancellor College heaped praise on Mutharika for not being “extravagant” with his cabinet.

During his campaign, prior to his May 2014 election as state president, Mutharika had promised maintaining a lean cabinet as one of his measures to control government expenditure.

The DPP has three main rivals in this election—Malawi Congress Party (MCP), which is in alliance with former president Joyce Banda’s People’s Party (PP) and Freedom Party (PP), Vice-President Saulos Chilima’s UTM and the United Democratic Front which has Minister of Health Atupele Muluzi as its torchbearer.

In 2014, DPP made a 36.4 percent surprise presidential votes win from the opposition, beating incumbent president Joyce Banda whose People’s Party (PP) came third. MCP came second, with a difference of about 400 000 votes.