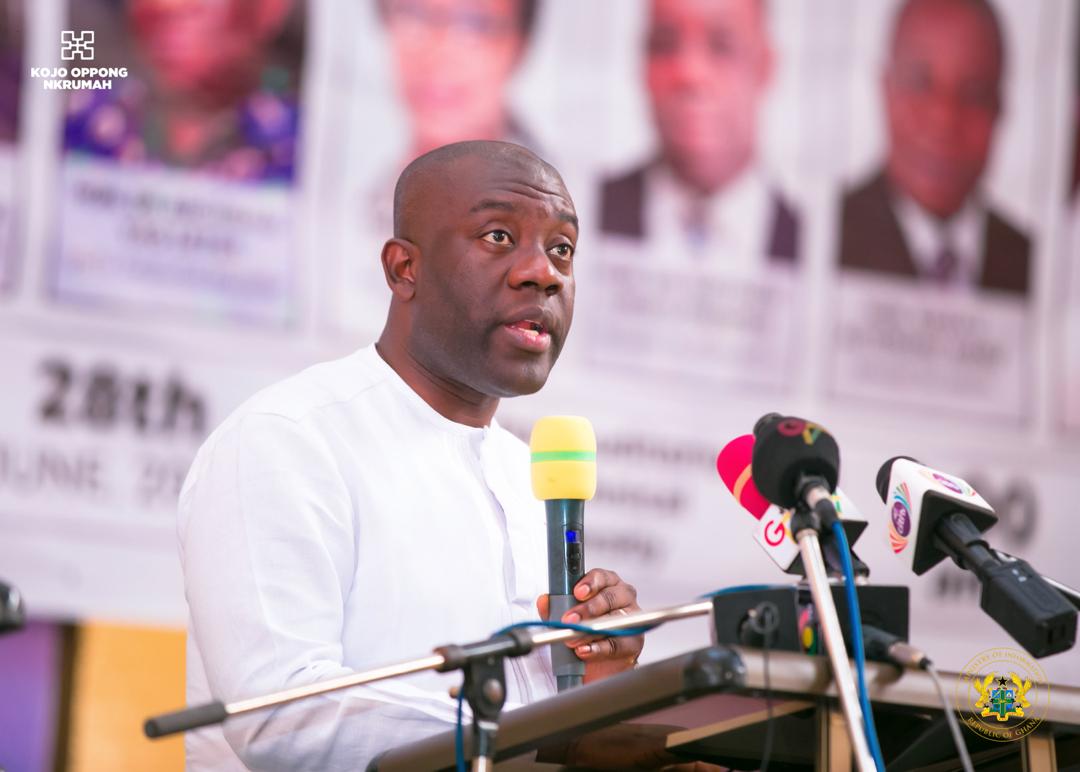 Government has thrown its weight behind Otumfuo Osei Tutu II that, former President Mahama was actually persuaded to concede defeat after the 2016 election, MyNewsGh.com reports.

Minister of Information, Kojo Oppong Nkrumah has revealed that Mr Mahama requested to keep his official residence as compensation for his concession, of which the other parties to the negotiations agreed.

The revelation by the government follows the official response by Mr John Mahama to Otumfuo Osei Tutu II’s claim at the UN last Friday that, “at the conclusion of the last Presidential and Parliamentary elections, the country stood on the edge of disaster. The UN community and the diplomatic corps were aghast and alarmed that Ghana was about to slip down the slope of electoral violence. Fortunately, the moral authority of the Palace was at hand and we were able to intervene to persuade the losing candidate to accept his fate and to fly both candidates for a quiet encounter to pave the way for a smooth handover”.

“It is public knowledge that President Mahama willingly announced his decision to accept the outcome of the 2016 elections and congratulate Nana Akufo-Addo even before the official results were formally declared by the Chairperson of the Electoral Commission,” former Chief of Staff, Mr. Julius Debrah said in a statement issued on Sunday on behalf of the NDC flag bearer.

But Government has dared the former president to come out to tell Ghanaians why he requested to keep his Cantonments residents, knowing that it was a state property that he could not have wished to keep.

“After he handed over power, Mr Mahama himself wrote a letter to state his disinterest in a house that he had earlier requested; and it is true that he requested to keep his official residence at the time that he was president; why would he request for the house if he had not been made some offers to accept and concede defeat”, the Ofoase Ayerebi MP said in an interview on Accra-based Okay FM monitored by MyNewsGh.com.

It may be recalled that, Former President John Mahama wrote a letter to withdraw a request to keep his Cantonments residence as a retirement package following public controversy over his decision in January 2017.

The former president said he was no longer interested in keeping the house at the No.3 Prestige Link at Cantonments in Accra, Myjoyonline.com reported on January 11, 2017.