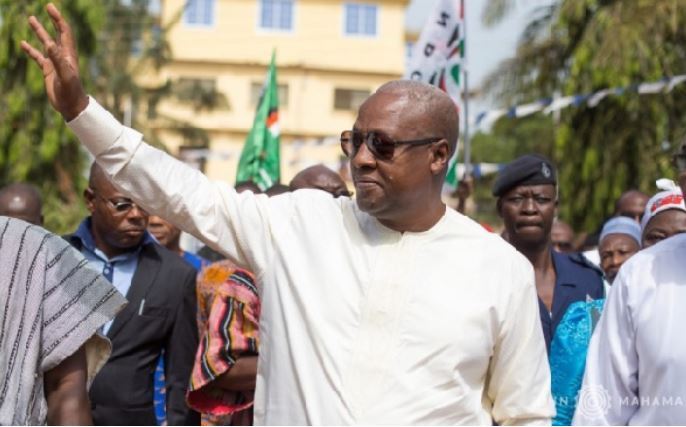 According her, the story has been cooked and concocted deliberately and widely circulated on social media, purporting that the opposition National Democratic Congress (NDC) presidential candidate sent the money through the former Chief of Staff, Julius Debrah to Mr. Abubakar, a former vice president in Nigeria.

‘’UTV is circulating a deliberately concocted story claiming that former President John Dramani Mahama sent money to a candidate in Nigeria’s Presidential Elections through Mr. Julius Debrah, his former Chief of Staff. The TV station has made no effort to attempt a verification of the false claim it attributes to one Abronye DC, an NPP serial caller’’ a statement signed Mrs. Mogtari read in part.

The statement therefore implored the generality of the Ghanaian people to ignore the story in its totality and treat it with the contempt it deserves.

The Brong Ahafo Regional First Vice Chairman of the ruling New Patriotic Party, Kwame Baffoe also known as Abronye DC alleged that the former president made a donation of 1.5 Million Dollars to Mr. Atiku’s campaign to aid him win the just ended presidential elections in Nigeria.