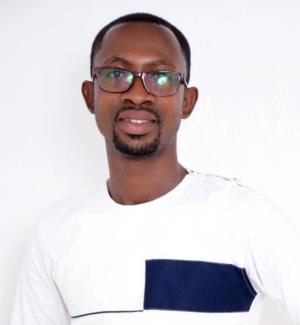 Public Policy oriented group, Democracy watchers have described President John Dramani Mahama as a huge failure, culminating in his own appointees while he was president, contesting him for the presidential slot of the opposition National Democratic Congress (NDC).

The group in a statement issued today and under the hand of Asare Bediako Seth, its convener believe the former president whose comeback campaign has been pregnant with vitriolic attacks on the current government and its policies, particularly the free Senior High School and the double track system has not learned any lessons and seem to be oblivious of the reasons why his own appointees are challenging him.

‘’On Tuesday morning, the office of Mr Mahama issued a statement claiming the Vice President of the Republic had ‘lost his presence of mind’. At Democracy Watchers we are scandalized that a former President will use such language especially on public platforms’’. The group said.

The group continued ‘’Again we are disturbed that the Former President right from the onset of his campaign does not seem to have moved away from conjecture, jokes, insults and name-calling. We think this same attitude of Dancing and whistling and focusing on catchy phrases contributed to perception that Mr Mahama is incompetent and unfocused as at the time when Ghana needs critical minds to tackle her problems’’.

The statement further intimated that if Mr Mahama were to focus, read and attend to facts, he perhaps may be able to convince his former appointees some of who held very senior positions in his administration, to quit campaigning against him, believe in his candidature and support his comeback efforts.

‘’While some of his former appointees cite personal vices as reasons for his seeming playful attitude, party insiders are worried that frequent sights of him riding motorbikes, singing in Parks in Kenya and casting insults at Political opponents do not inspire confidence that he has learnt any lessons from his 2016 defeat’’.

They accuse the former president of presiding over numerous corrupt activities during his tenure as president, adding that it was the main reason why he was rejected at the polls in the last general elections.