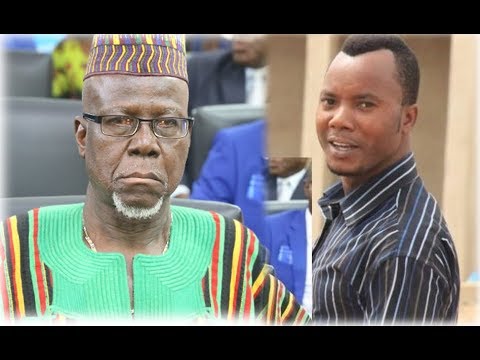 The Bolgatanga residence of Starr FM reporter Edward Adeti has been broken into three days after his investigation which led to the resignation of a Minister of State, Rockson Ayine Bukari.

The intruder(s) managed to take away with them a TV set in the sitting room after breaking a burglary proof on one of the windows.

The development comes after two people had gone on a local radio station in Bolgatanga to allegedly incite some residents against Adeti after the former Upper East regional minister’s resignation. The two persons took to the air this week to describe the investigation as an act of betrayal.

The wife of the reporter and their kids have made a report to the police.

“Perhaps, they are searching for evidence on the investigation,” Adeti, who is currently in Accra on official assignment, told Starrfm.com.gh moments after he was informed of the burglary on Thursday, May 2, 2019.

Bukari resigned over an attempt to bribe Mr. Adeti to kill an investigative story about a Chinese mining company, Shaanxi Mining Ghana Limited, and the most senior judge in the Upper East region, Justice Jacob B. Boon.

Last week a leaked tape popped up implicating Mr. Bukari in a coordinated plan by people in high places to drop an undercover report carried out by the Starr FM journalist.

He admitted in his resignation letter that he was “indiscreet”.

“I do this as a matter of principle having been indiscreet and exercised judgment contrary to what I have known you to stand for and require of your servants in running this country. I sincerely regret any inconvenience my act of indiscretion might have caused,” Bukari stated in his letter.

“I wish to express my sincerest appreciation to you for the confidence reposed in me, and take this opportunity to assure you of my loyalty, and unflinching support to you and the government,” he concluded in his letter.