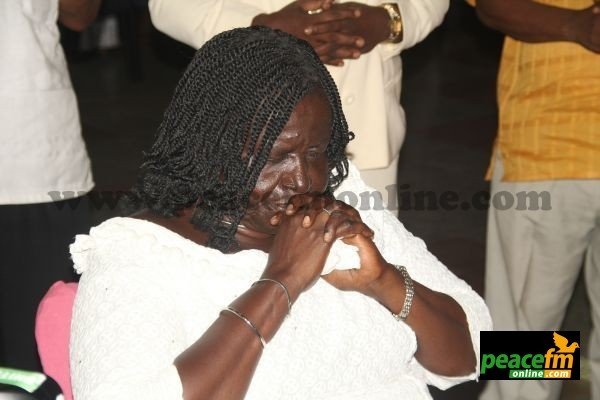 The former host of ‘Wo Haw Ne Sɛn?’, ‘Mpom Te Sɛn’ and ‘Asomdwee Nkomo’ reportedly died on Wednesday in the United States of America, where she was living with her children.

Madam Afia, a former teacher was with the Ghana Broadcasting Corporation (GBC) before moving to Despite Group of Companies when it started Peace FM at Mile 7 in Accra.

A former presenter at GBC, she carved a niche for herself once she started her own shows at the first Twi speaking radio station.

Her shows immediately caught on with listeners because of her novel ways of presentation, jovial but serious style of interacting with callers as well as the significant nature of issues she discussed.

The 68-year-old who was with the now Tesano-based station parted ways with the station four years ago when she turned 65.

In a moving interview with the host of Peace FM’s morning show, ‘Kokrokoo’ to celebrate her 65th birthday on November 17, 2015, she said she has done her part.

“I have done my part, I am tired and it is time for me to leave for somebody else to take over,” she told the host Kwami Sefa Kayi.