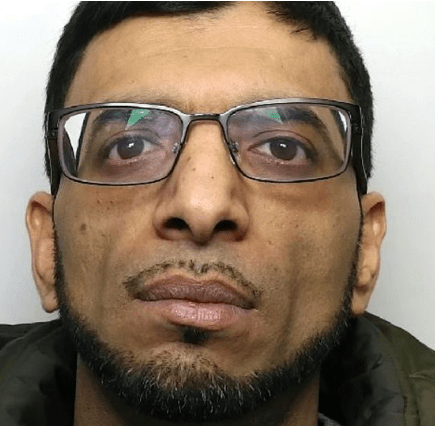 A quite jealous husband reportedly sliced off part of a man’s ear all because he said “hi” to his wife.

One Ajmal Mahroof, a father-of-five, allowed his emotions get the best of him when he saw the victim walking through a park – he then confronted him and asked, “you have been talking to my wife – why?”

He went on to physically attack the man, during which he cut off a piece of his ear. The victim was left permanently disfigured and scarred from the wound as surgeons had to stitch his left ear back together after the attack.

A judge said Ajmal’s reaction was “over-the-top“. He said all that happened between Mahroof’s wife and the victim was an “exchange of greetings”.

Mahroof, 37, was jailed for four years after pleading guilty to wounding with intent and possession of a blade in public.

This particular incident is concerning because you did not know [the victim] from Adam. It was just because you saw him talking to your partner. What took place between them was simply an exchange of greetings.”

Carmel Pearson, prosecuting, said Mahroof’s wife was waiting for her husband in the park at 1pm when the victim recognized her as a friend of his own girlfriend.

Miss Pearson said the victim approached Mahroof’s wife to say “hi” but “she immediately told him not to stop and talk, saying her husband would be along.”

The man then walked away but Mahroof pulled up alongside him in his car a short time later. He jumped out of the vehicle and produced a machete.

Mahroof said to him: “You have been talking to my wife.”

The man told Mahroof that he had only said “hi” but Mahroof swore at him and called him a liar.

He said: “You have been talking to my wife, why?”

According to Mirror UK, Mahroof then struck him to the side of the head, causing a cut to the ear. He then hit him again, causing cuts to his fingers. A third blow struck him again on the ear, slicing part of it off.

Mahroof, of Dewsbury, West Yorkshire in England, was arrested after a member of the public who witnessed the incident took a picture of his car.

Mahroof has previous convictions for violence and drugs offences.