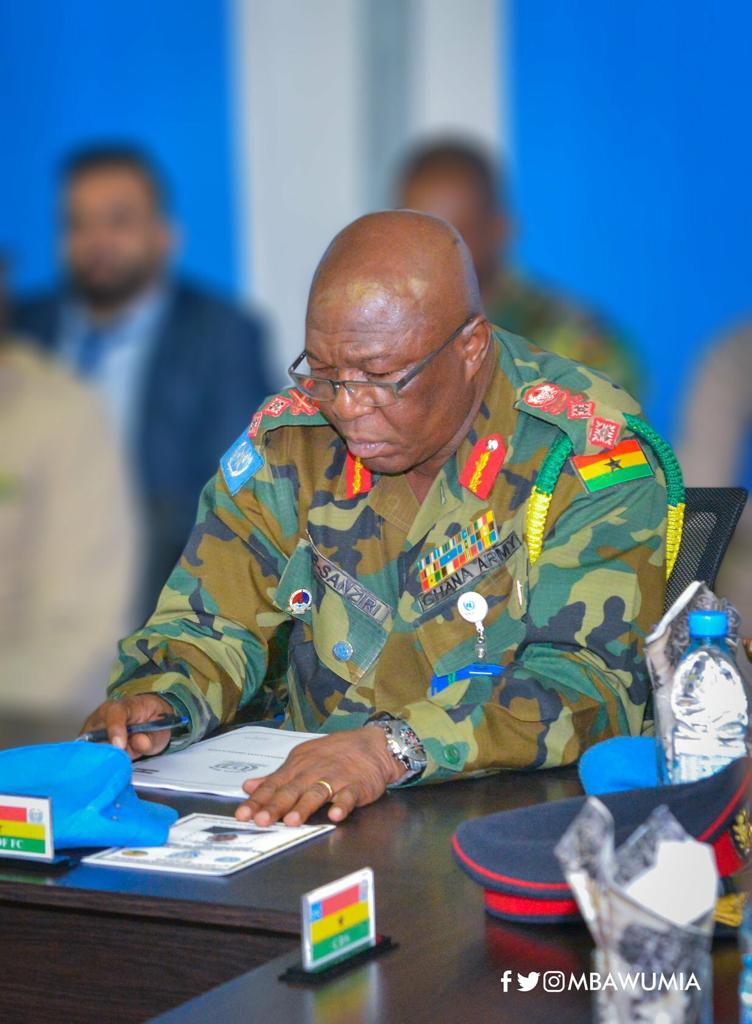 The Minister for Interior, Ambrose Dery has revealed that the late Major General Francis Vib-Sanziri, the Head of Mission and Force Commander of the United Nations Disengagement Observer Force (UNDOF), who passed on on Friday, 19th April, 2019, in Israel had engaged him in a whatsApp chat on the same day that he died.

‘’Earlier today, he engaged me on WhatsApp but little did I know he was bidding me goodbye’’ he said on his Facebook Page.

The Minister expressed his shock and disbelief on the sudden demise of the former National Coordinator of the National Disaster Management Organisation (NADMO).

In describing the late senior military officer, the Minister said ‘’ We have lost a renowned, devoted and professional military officer, who served the world with passion and dedication. I admired  his persona and was enthusiastic about his career prospects.I am deeply saddened by his death and I pray for strength at this period’’. 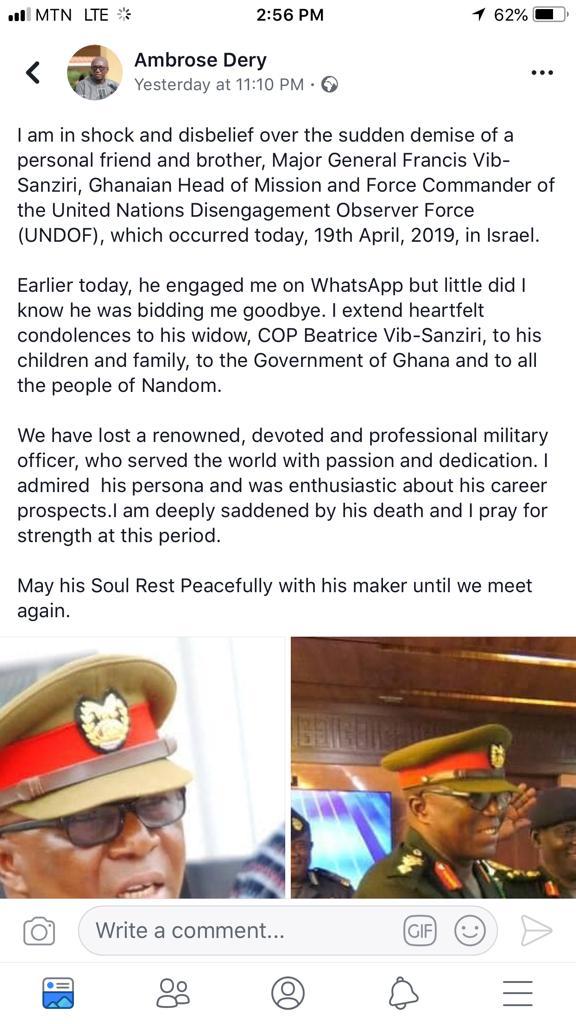