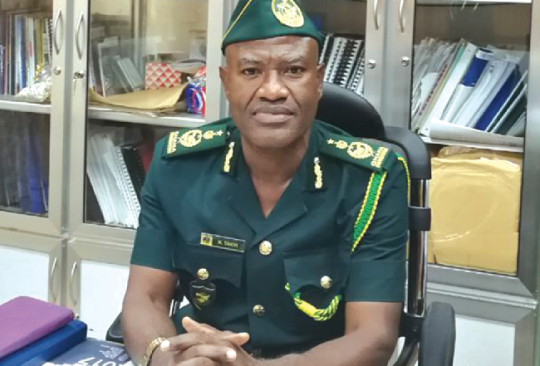 The Ghana Immigration Service (GIS) has warned that landlords and property owners renting out their houses and properties to non-Ghanaians who have no immigration status risk prosecution.

According to the service, these properties and residences are being used in most cases to commit crimes against the state, including cyber fraud.

“The use of such properties by persons who are illegally residing in the country make such owners liable of the offence of harbouring an illegal migrant, as stipulated in Section 52(1)(b) of the Immigration Act 2000 (Act 573).

“Section 52(1)(b) states that a person who knowingly harbours any person whom  he knows is to be deported or has reasonable grounds to believe has acted in contravention of this Act commits an offence and is liable on conviction to a fine not exceeding GH₵1,000 or imprisonment for a term not exceeding two years or both,” a statement issued by the service said.

The GIS serves notice to all landlords and owners of properties that it would be conducting vigorous checks on their premises, and are therefore being asked to fully co-operate with officers of the GIS.

“Landlords and owners of properties are further cautioned that the obstruction or prevention of an officer of the GIS from carrying out his lawful duty is an offence under the Immigration Act.

“The GIS wishes to advise landlords and property owners to at all times demand proof of residence or legal stay of foreign nationals before they give out their properties to non-Ghanaians and/or enter into a lodging/tenancy contract with such persons”.

“Notice is further given that it is an offence to disobey or disregard any obligation or directive given under the Immigration Act.

“Upon the submission of a Service Identity Card, the general public is, therefore, requested to co-operate with all Immigration Officers who visit their premises to conduct checks. Severe sanctions will be applied to all who breach the law by obstructing the Immigration Officer(s) from performing his/her lawful duty [duties],” it added.