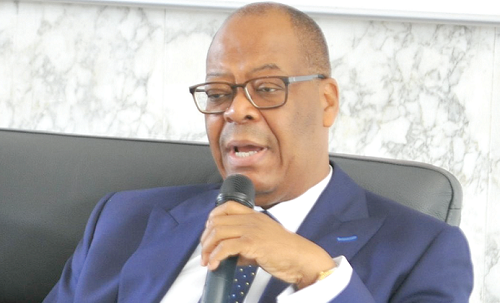 GCB Bank has laid off 56 staff on grounds that they do not possess the minimum qualification required to work with the bank, but the affected workers allege unfair treatment.

An ongoing employee audit of employees inherited from UT and Capital banks raised issues with the minimum qualification of about 160 staff.

The bank has issued employment termination letters to 56 while investigations continue on the outstanding numbers.

One of the letters, dated February 12, 2019 and titled ‘Termination of Appointment’, reads, “We wish to advise that with immediate effect, your services to the Bank will no longer be required.

“You will be paid an equivalent of one month’s basic salary in lieu of notice in line with section 29 (a) of our Collective Agreement and other benefits to may be entitled to per your contract of employment (less any indebtedness to the Bank).

“You are to hand over any company property that may in your possession including but not limited to documents, manuals, computer/laptop, mobile phone, ID card, name tag, electronic access card and keys to your line manager/ supervisor before your final departure.

“Per a copy of this letter, the Chief Information Officer has advised to block your access to the Bank’s system and network.”

The letter was signed by I. Kojo Essel Junior, Head of Human Resources.

But some of the affected workers who spoke to The Finder on condition of anonymity questioned the termination after GCB confirmed the employees, who had served six months probation.

According to them, it is unfair for GCB Bank to dismiss the workers with the explanation that they did not have a pass in Mathematics and English in West African Senior Schools Certificate Examinations (WASSCE).

“The question is what did GCB Bank do during the six months probation before it confirmed these staff,” they asked.

According to them, GCB, through emails to all staff, assured all staff of Capital and UT banks that they had been assumed as staff of GCB.

That email said GCB will engage those assumed staff after a skills assessment and based on the need of the bank.

However, the affected workers accused GCB Bank of backtracking on its assurance that all staff have been engaged and terminated the appointment of some staff in October 2017.

They said that in February 2018, GCB engaged some staff and terminated the appointment of others.

Those engaged were engaged on fresh terms, which reduced their salaries, and asked them to serve a probation of six months.

They said during the probation, GCB asked staff to undertake medical examinations at the cost of Staff and those examinations were done at GCB’s chosen laboratories and medical centres.

According to them, when they informed GCB that such employer requested exams were paid for by the employer, they were told it is not GCB’s practice to pay for such requests.

They said during probation, all kinds of requests were made, from provision of certificates to details of family and references, and assessment was done after probation, and which some had their appointments confirmed and others got extension of same.

The affected workers alleged that after confirmation, GCB Bank continued to ask for certificates that in most cases had already been provided.

The affected staff said in December 2018, some more people had their appointments terminated.