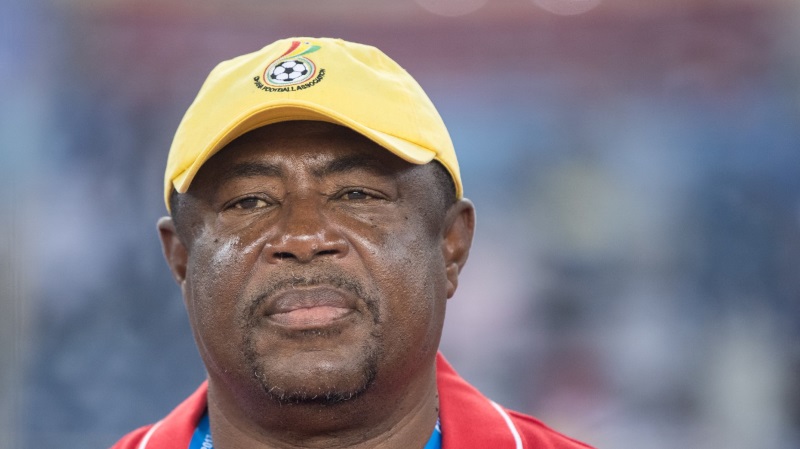 The head coach of the porcupine warriors, Kumasi Asante Kotoko, Samuel Kwesi Fabin has attributed his decision to resign from the team to the suspension of the league.

Mr. Fabin earlier today tendered his resignation, citing among other thinsg, circumstances beyond his control.

According to him, he also wants to allow enough room for his yet-to-be identified replacement to familiarise and acclimatise with the team, pending the lifting of the suspension.

His resignation letter which has been intercepted by BestNewsGH.com partly reads,

‘’I  deem it is the right time to exit as the league here has been suspended, and above all to enable any replacement to be able to familiarise with the team and continue with the success chalked so far’’.

He extended a warm appreciation to the executive chairman of the club, the management team, the playing body and the supporters for their encouragement during the hard times. 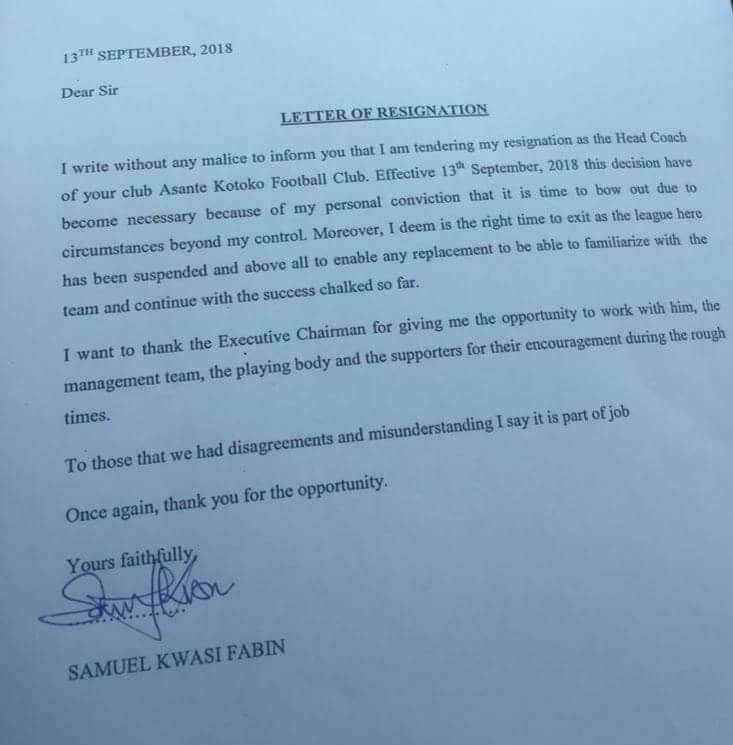 Attached is the resignation letter he authored and signed