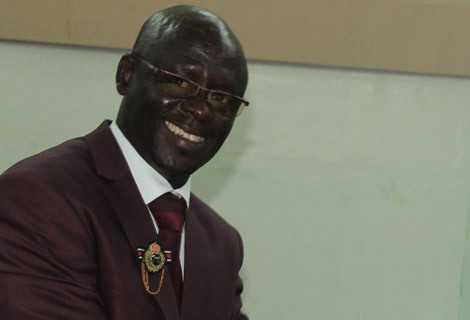 Acting National Communications Director of the New Patriotic Party (NPP), Yaw Adomako Baafi has explained that his resignation from the position earlier is not borne out of anger, but premised on his quest to be more effective and efficient in order to help the party retain political power in the 2020 elections.

Mr. Adomako Baafi earlier today tendered in his resignation indicating it was with immediate effect.

Explaining the rationale behind the decision to resign, he said he is not the type that is comfortable sitting in the office and wants to go down to the ground where he will mingle and gel with the grassroots and foot soldiers of the party.

This way, he believes he will be much more effective in prosecuting the agenda of rallying support for the party as the 2020 general elections approach.

He has impressed upon the National Executive Committee of the party to without delay, find a suitable replacement for the office of National Communications director.

Inspite of his explanations, some political watchers believe the former communications Director might have been hit hard by the rancour and acrimony that has plagued the party in the Ashanti Region, where party communicators there are up in arms against the regional minister, accusing him of neglecting them and refusing to offer them jobs.

The party communicators took to destroying communication gadgets including mobile phones and sim cards among others yesterday, vowing not to speak for the party ever again.

It is however unclear, if the National Executive Committee of the party has accepted his resignation.