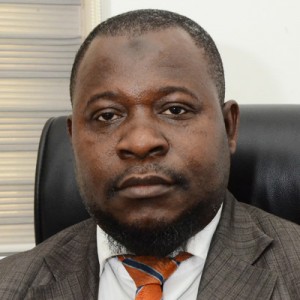 A Senior Research Fellow at the Institute for Fiscal Studies (IFS), Dr Said Boakye, has expressed confidence in the managers of the economy, allaying fears the recent depreciation of the local currency will lead to economic meltdown.

The Ghana Cedi in recent times has depreciated marginally against major international currencies, especially the US dollar causing fears within the business community.

However, Dr. Boakye submitted the shocks are normal, urging the general public to have confidence in the Central Bank to manage the situation in no time.

“There is no cause for alarm,” the IFS fellow assured at a public dialogue on the local currency dubbed: “The Cedi Forum” on Thursday, September 13, 2018.

He said: “We can’t talk about a problem without talking about the integrity of it. From the beginning of the year, the Cedi has depreciated by just about 6.5%.” In his view this is far below the average depreciation of the Cedi which stand at 11% for the periods spanning 1993 to date.

According to Dr. Boakye, the local currency is doing far better than critics of the New Patriotic Party (NPP) government are portraying, describing assertions on the depreciation as “noise.”

“The current discussion on Cedi depreciation is premature. The Cedi is performing averagely well,” the economist, who has been an ardent critic of the Akufo-Addo government, posited.

Dr. Boakye was of the view that the Cedi depreciation is deliberate on the part of the Bank of Ghana to fall “in line with the IMF (International Monetary Fund) programme.” This opinion was however challenged by Mr. Stephen Opata from the bank of GHANA.

“In the short term, the cedi depreciation is a deliberate policy from the Bank of Ghan. The solution is clear, but it won’t be simple,” the IFS economist emphasized.