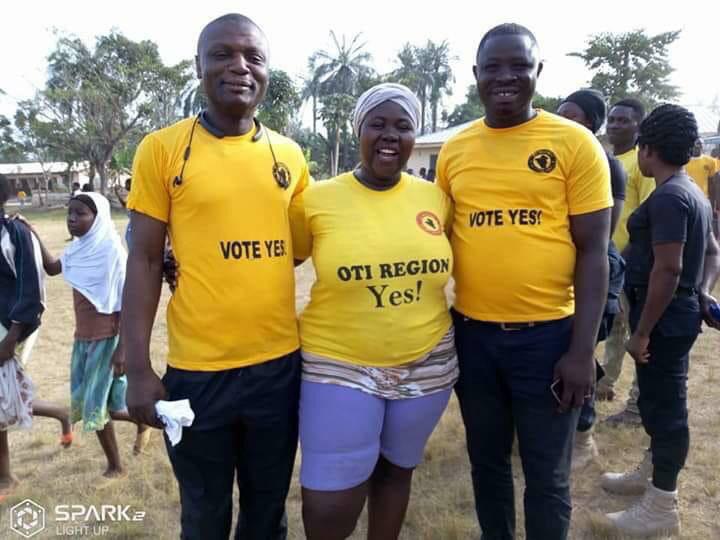 Immediate past National Organiser of the opposition National Democratic Congress (NDC), Kofi Adams is busy in the trenches campaigning for the creation of the Oti Region which is expected to be carved out of the Volta Region.

He has openly campaigned against the creation of the Oti Region, only throwing his support behind it recently.

But according Mr. Kofi Adams, the creation of the new region is one that is non-negotiable as it will open up the area for development.

Mr. Adams who is currently on a vigorous campaign in the lead up to the referendum on the creation of the new regions scheduled to take place in a few days’ time, has impressed upon the people of the area to come out in droves and vote to enable them acquire the 80 percent ‘yes’ vote that they require to make the creation of the Oti Region a reality.

He told this website the people of the area are excited about the creation of the region and the attendant development that it will bring to them and are willing to support the process each step of the way.