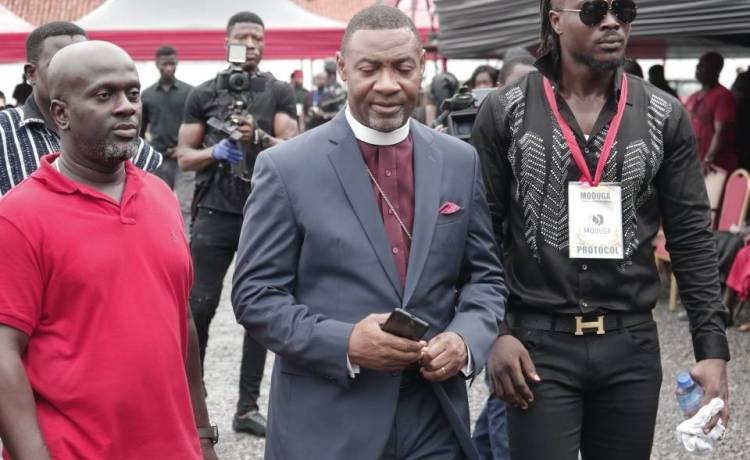 President of Worldwide Miracle Outreach, Dr. Lawreence Tetteh has waged into the stormy debate with regards to the numerous bodyguards that polices pastors and men of God around in the country and beyond.

Many are of the view that it is silly for a pastor to tell his congregants to put their faith and trust in God for protection and yet recruit bodyguards, most of them armed, to protect them.

This topic has been one that has raged on for a while in many parts of the world, particularly given the flamboyant lifestyle of many of these Men of God, with some usually carrying as many as 10 bodyguards.

But Dr. Lawrence Tetteh says any pastor worth his or her salt, will not wait to be told to have bodyguards, explaining that the nature of their job exposes them to various dangers including physical attacks.

He narrated how he was physically attacked on several occasions while preaching the gospel of Christ, saying ‘’ but for the intervention of the people that were there, the story would have been different.

‘’At a certain level it is natural to have protection from bodyguards because it will be stupid on your part to think that you don’t have foes. You have to take measures to ensure that you are not hurt because the kind of work we do, we attract a lot of enemies. On several occasions people came at me on the pulpit, but for the intervention of those present and fellow Men of God, the story would have been different and these guy are always armed’’ he said.