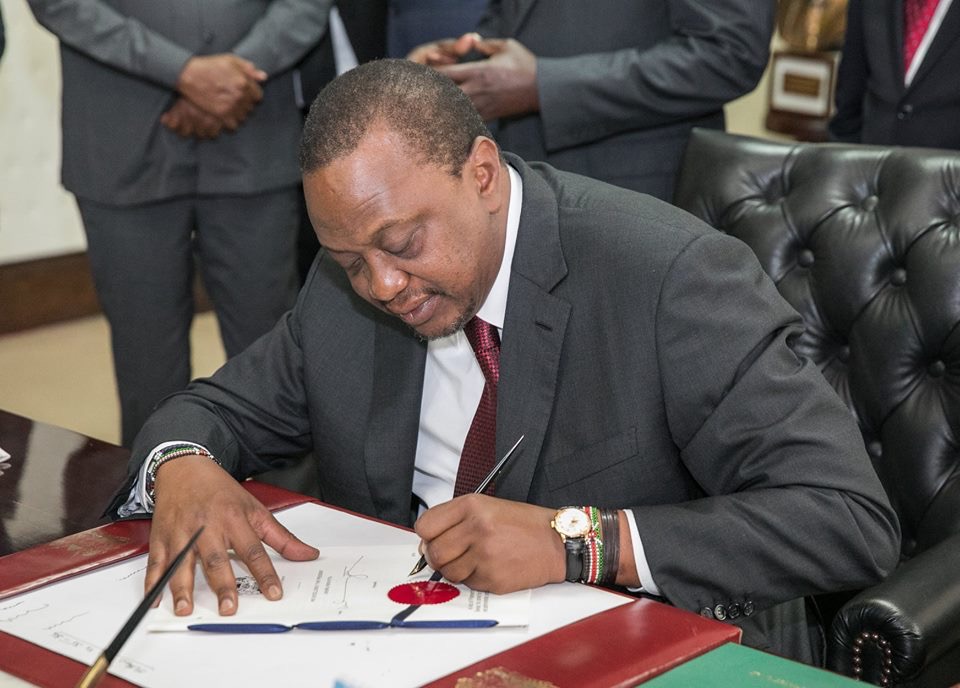 The Bill, passed by the National Assembly yesterday, reflects the President’s recommendations for a reduction of VAT on petroleum products from 16 to 8 per cent among other amendments on various taxes.

President Kenyatta also signed into law the Coast Guard Bill 2018 which marks an important milestone in the management and enforcement of laws in Kenya’s internal and territorial waters.

President Kenyatta emphasized his commitment in ensuring that public resources are utilized effectively. He added that he will not relent on the war against corruption and asked Kenyans to join him to make Kenya a better place.

The two Bills were presented to President Kenyatta for signing by National Assembly Speaker Justin Muturi.