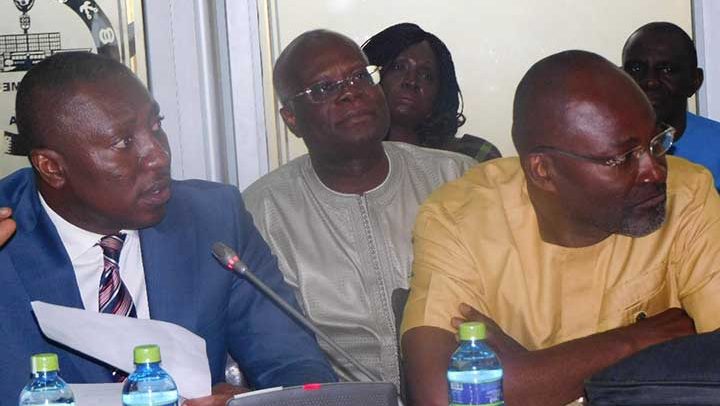 Two vociferous New Patriotic Party (NPP) Members of Parliament have contradicted themselves with regards to the stewardship of former managing director of the Bulk Oil Storage and Transportation Company (BOST), Alfred Obeng and how he got fired from his position.

Kennedy Ohene Agyapong and Afenyo Markin have given different accounts of happenings at the company while Mr. Alfred Obeng was the Managing Director.

On the part of Mr. Afenyo Markin who is the Member of Parliament for Efutu Constituency in the Central Region, Mr. Alfred Obeng went to BOST as Managing Director when the issue of contaminated fuel had happened already, emphasizing that he had no hand in the fuel contamination issue.

He explained that there is a lot of vested interest in the operations of the BOST and that anyone who is sent there and wants to make changes and sanitise the company meets serious resistance.

Mr. Afenyo Mrakin who spoke on a local radio station and monitored by BestNewsGH.com said the generality of the Ghanaian people must be made aware that Mr. Alfred Obeng went to BOST after the fuel contamination issue.

But the loudmouth Member of Parliament for Assin Central Constituency also in the Central Region, Kennedy Ohene Agyapong had earlier in an interview of Accra based okay Fm, intimated that there was a cabal at the company that masterminded to contamination of the fuel so they purchase at a cheaper price and sell for higher profits.

He went further to reveal that the list of companies who purchase the contaminated products was made solely of NPP businessmen.

He went further to describe such people as nation wreckers who are milking the country dry and must be dealt with in accordance with the law.

‘’If you look at the list of companies involved in the purchase and sale of this contaminated fuel, all of them were NPP companies and they deliberately did that. They deliberately contaminate the fuel and buy it at a very cheap price. People call me and say you have been blessed, why are you worrying yourself and I tell them, if you look at the French revolution, that was what happened. The rich exhibited a very high sense of indifference towards the poor and when the poor could no longer take it, they revolted and killed all the rich people’’ he argued.