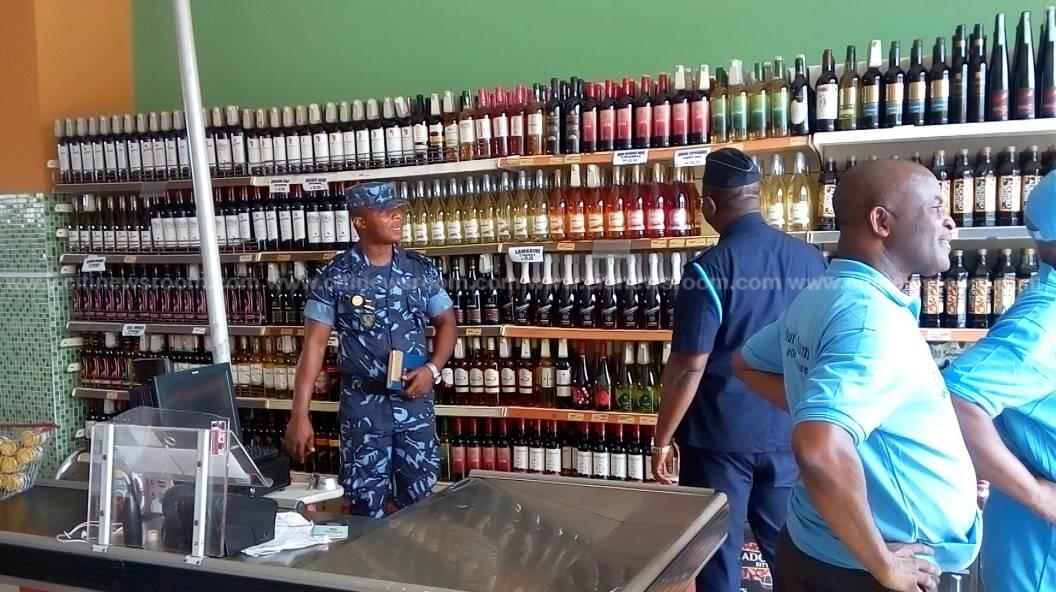 Officials of the Ghana Revenue Authority (GRA) were yesterday prevented by security guards at Kasapreko Company Limited from entering the company’s premises to check and ensure that all the products from the company were affixed with the newly introduced tax stamp.

The GRA officials were on a mission to check various companies and ensure that they affix the tax stamp on their products before they are allowed onto the market.

The team had access to both the Coca Cola Company and Belaqua where they stationed officers there to ensure that all products leaving the premises of the various companies were affixed with the stamp.

BestNewsGH.com’s Sir Coffie who was part of the media team that accompanied the GRA officials reports that officials of Coca Cola company cooperated with the GRA team and assured that they will endeavor to affix the stamp on all of its products leaving the company’ premises.

He also reported of instances where some of the companies complained about the expensive nature of the machine used in affixing the stamp.

Such companies he noted have asked for meetings with the GRA officials to iron out the issues to enable them arrive at a consensus and to chart a path for the smooth implementation of the policy going forward.

At end of the day, he said the GRA officials had to position some of their officials at the premises of the various companies to monitor goods going out to ensure that the tax stamp directive is complied with.