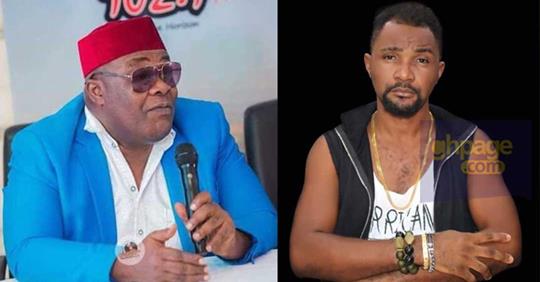 For months if not years, Mr. Logic and Willi Roi have never seen eye to eye in the music industry. Mr. Logic has on countless occasions exposed the dirty sabotaging activities of Willi Roi.

Recently, it was Mr. Logic who revealed that Willi Roi blew a collaboration move from R. Kelly to Stonbwoy. When queried, Willi Roi simply stated Stonebwoy does not respect and he was teaching him a lesson.

Willi Roi has also severally accused Mr. Logic of taking his share of some money accrued from CD sales, Something Mr. Logic has always denied.

It was there expected there will be fireworks when the two met but little did many expect it will be in a physical assault.

When Mr. Logic threw the first blow after the slap, Willi Roi was fast enough to dodge from what Ghpage.com has gathered. Willi Roi would have landed in the hospital if he had not dodged the blow which was filled with anger.